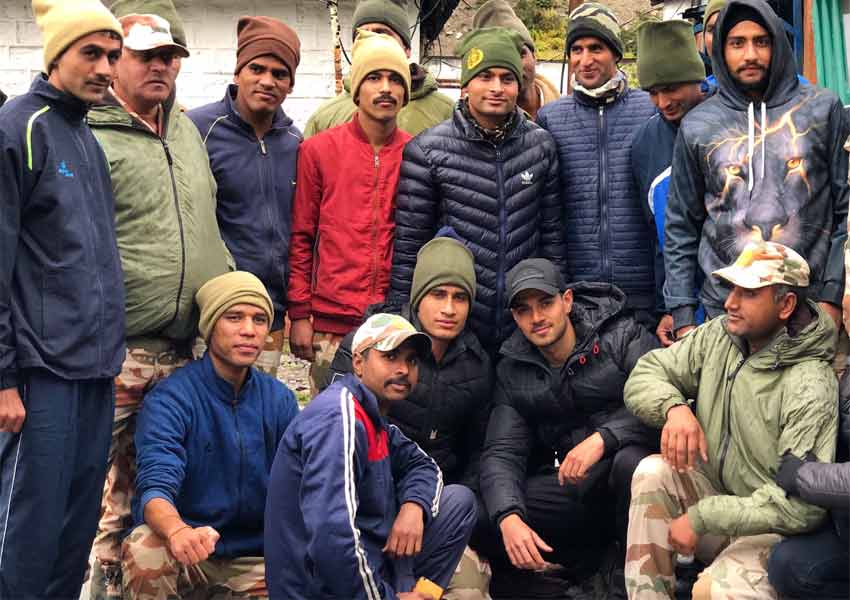 Sooraj Pancholi plays a jawaan in the upcoming film, Satellite Shankar, feels that soldiers sacrifice a lot for the cause of national security. He’s reminded of the time, six months ago, when he was shooting a few kilometers away from an army base in Chitkul, Himachal Pradesh. The film’s makers had created a fake army base to shoot the film without disturbing the armed forces. The location is 19 hours away from Chandigarh and is one of the last posts on the Indo-China border touching Himachal Pradesh.

Recalling the shoot, the actor told BT, “I can’t imagine what the families of soldiers go through because they don’t get to see them for months. They don’t even hear them too often on a phone line. I feel numb when I think of the Pulwama attack where we lost so many jawaans who must have been away from their homes and families for so long. I remember the time when we were in Chitkul for our film’s first schedule. We had built our camp at a distance from the real one. When the soldiers saw us shooting, they welcomed us into the real camp. They gave us lunch and then some snacks and chatted with us for so long. There was so much we learnt by just hearing their life stories, some which we eventually added to the script because it stems from reality.”

Sooraj adds, “That experience just changed my approach to life. Those jawaans there in Chitkul hadn’t seen their folks in months, they have to travel 10 kms to get a phone line. It’s a tough life. We must respect their sacrifices to ensure we never lose touch with our life and people. As a mark of respect for them and for the fact that I play a soldier. And I represent them and their thoughts in this film, I want to screen Satellite Shankar for them.”