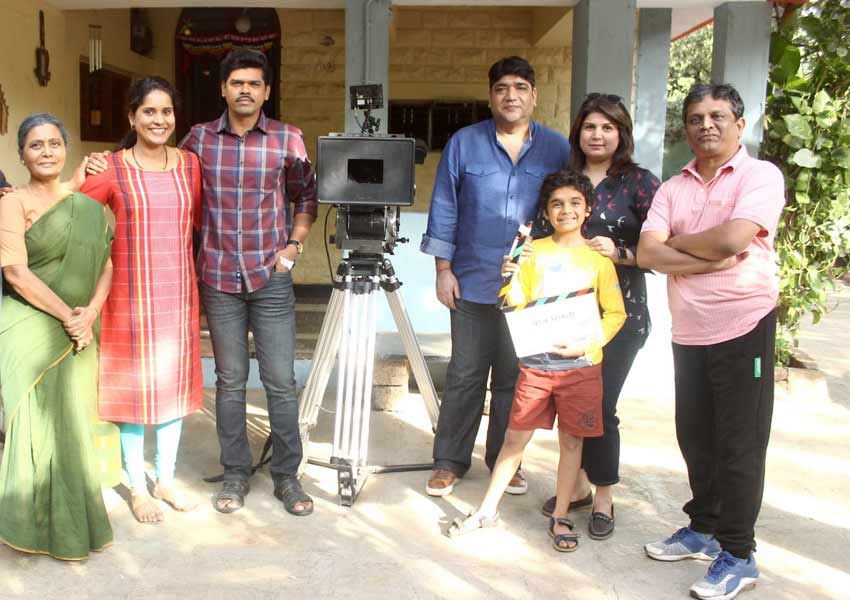 Speaking about the film director Nitin Nandan said, “English is a funny language but our country has taken it too seriously. All parents I know, want their child to master English although there is nothing wrong with it but at what cost!!  Today English seems to have become the parameter of intelligence. I have met several people who are very successful but are not fluent in English language. Language is connected with emotion and culture. Baal Bharati unfolds many such layers associated with launguage. It’s a funny take and an entertaining film that I am sure many will relate with.”

Foraying into films Producers Sunjoy & Comall Waddhwa said, “At sphereorigins we have always tried to dig deep into socially relevant topics, narrating them in entertaining and relatable formats. The simple, entertaining, emotional and humorous narrative of Baal Bhaarti is one such attempt that marks our foray into the film world and we are thrilled to embark upon this journey. ”

Produced by Sunjoy and Comall Waddhwa of Sphereorigins the shoot of the family entertainer has commenced in full swing in Kolhapur and Karad in Maharashtra.