SpotlampE.com announces the launch of Ishqa by singer Payal Dev 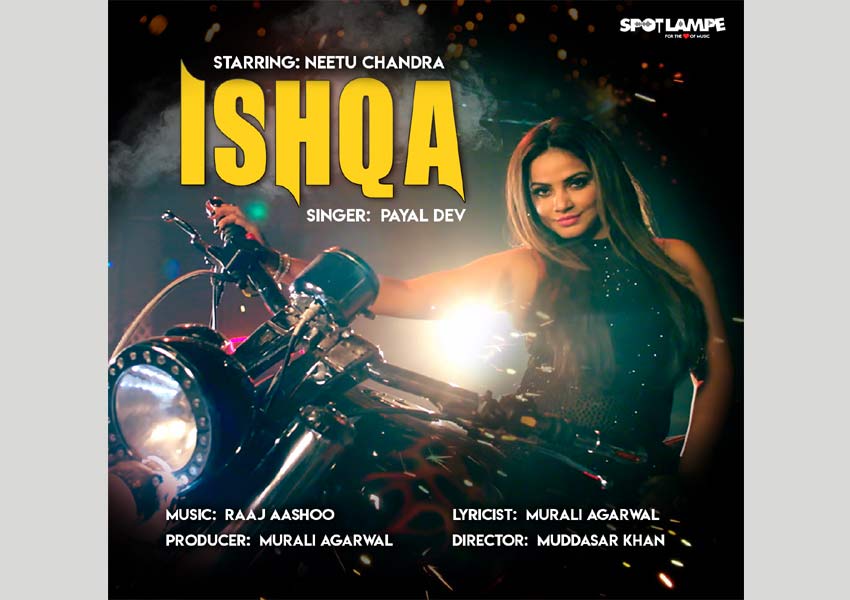 Having sung in popular Bollywood movies like Student of the year 2, Race 3, Kaabil, Bajirao Mastani, Namaste England & many more; Payal Dev is a multi-linguistic singer. Other than in Hindi, she has already sung songs in, Bengali, Telugu, Tamil, English and is keen to sing in various other languages.

Speaking about the new song Rajitta Hemwani, Chief Business Officer, SpotlampE said, “SpotlampE was launched with an aim to provide musical talent a stage to showcase their mettle. In a short span of time, SpotlampE.com has associated with new as well as established singers to launch many hit singles. From big names to new talent, from Hindi to Arabic, from Mika to Shaggy, we are exploring all! Ishqa, our next release is fun, dance and Bollywood.”

Speaking of the new single Ishqa, singer Payal Dev said “I am thrilled to be associated with SpotlampE.com to launch my next non-film song ‘Ishqa’. The groovy dance track features Bollywood actress Neetu Chandra who has added a lot of oomph to the music video. Ishqa will definitely resonate with music lovers and I am eager to know viewers’ response to the track.”

‘Ishqa’ song will feature film actress Neetu Chandra in a sensuous new avatar. The multi talented actress has danced with great panache, adding a lot of glamour to the music video.

Commenting on Ishqa, actress Neetu Chandra said, “Every song has its own story and own rhythm. In Ishqa you will see me in a different avatar. It’s a song for all generations that you can sing / hum and dance to. I hope all my fans love it as much I do.”

Ishqa will be promoted across the social media and digital communities of the 9X Media Network. The song will also be played on high rotation across 9XM, 9X Jalwa and 9X Tashan.