Having previously premiered chartbusters like Bajrangi Bhaijaan, Prem Ratan Dhan Paayo, Kick, Dishoom, Housefull 3 and now delivering back to back hits like Judwaa 2 and Golmaal Again, the channel has reinforced its position of being the ultimate destination on television for Bollywood premieres. In 2017 itself, the channel delivered 6 of the top 10 premieres shown on Hindi movie channels.

Hemal Jhaveri, General Manager and Executive Vice President, Hindi Movie Business at Star India, says, “In an industry like ours, it is vital to always up the notch year after year. The stupendous success of Golmaal Again on Star Gold authenticates the channel’s on-point content strategy. We are overwhelmed by the support. We will continue to bring the best of Bollywood to our viewers.” 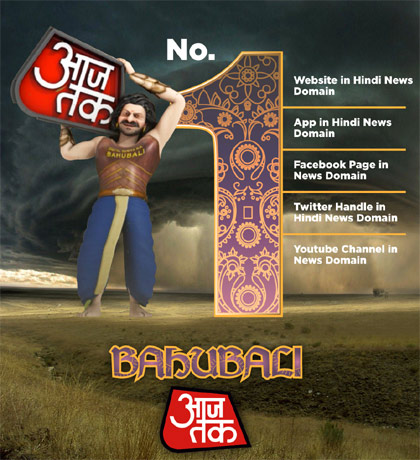 Aajtak.in is the Bahubali of Hindi Digital Media
MediaInfoline Feb 02