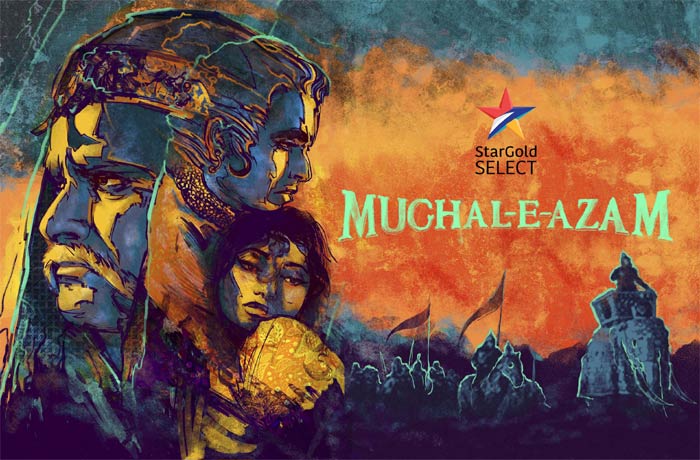 Since its launch earlier this year, Star Gold Select has stood true to its promise of bringing movies with great stories and strong performances from Indian Cinema to its viewers. On Sunday December 17, 2017 at 1 pm the channel will premiere the timeless masterpiece, Mughal-E-Azam, a film that continues to captivate and inspire even after 57 years of its theatrical release. Star Gold Select disrupted the Hindi Movie category with an industry-first promise of ‘showcasing every movie with just 1 interval’. “Taking movie-watching experience to the next level, we have lined up an innovation that will give our viewers the choice to watch Mughal-E-Azam in either colour or black and white. A special add-on service has been created on select DTH operators where the movie will be showcased in its original black & white avatar as well,” said Hemal Jhaveri, Executive Vice President and General Manager, Hindi Movies Cluster at Star India.

With glorious sets, stunning cinematography and art direction, breath-taking battle sequences, mesmerising music and poignant performances; Mughal-E-Azam is without doubt one of the greatest Bollywood films ever made. In an innovative marketing campaign, to commemorate the premiere of the film on Star Gold Select, the channel has invited artists from across the world to recreate iconic posters of Mughal-E-Azam in their respective illustration and painting styles.

“As the destination of scrupulously curated, meaningful stories on television, we couldn’t have found a more suitable film than Mughal-E- Azam, the greatest story ever told on celluloid, to be showcased on our channel.” signs off Hemal Jhaveri.