Star Movies premieres the Guardians of the Galaxy Vol 2 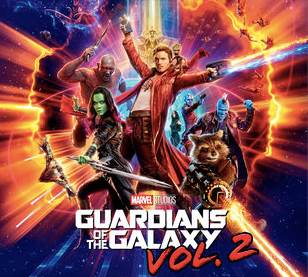 They were called misfits, eccentric characters, an unlikely team of heroes – but they still won the hearts of fans and audiences across the world. This summer, Star Movies, the home of blockbusters,brings you the action-packed, irreverent, epic space adventures of Peter Quill aka Star-Lord and his gang of eccentric characters from the Galaxy on 20 May at 1pm and 9 pm.

The Guardians of the Galaxy may not be a typical team of heroes, but they are definitely the world’s favorite band of intergalactic misfits.With a dazzling ensemble star cast featuring Chris Pratt, Zoe Saldanha, Dave Bautista, Vin Diesel as the voice of Groot Bradley Cooper as the voice of Rocket, Kurt Russel and more, the movie packs an action-packed plot, pumped up music, irreverent humour and unparalleled visuals, that even clinched an Academy Award nomination this year.

When a story is as rocking as this, the campaign has to match the beats – and the team has gone all out by cutting a promo on a 1980s Hindi track “Disco Dancer”. Every single character brings to the story a unique quirk that has been highlighted in individual character promos. No one can deny the popularity that Baby Groot enjoys and how secretly we all would just like to be as happy and carefree as Groot!

Taking this thought forward, the team will propagate the message to #BeLikeGroot where the thought is to ask the audience to post a video or image of you grooving like Groot, being as carefree as Groot, etc. at as many locations as possible. It’s time to celebrate Groot with the premiere of Guardians of the Galaxy Vol 2!

Get ready to Groove like Groot and enjoy the TV premiere of Guardians of the Galaxy Vol.2 on May 20, 1 pm and 9 pm only on Star Movies.