This Sunday, &Privé HD Brings the premiere of ‘Writers’ 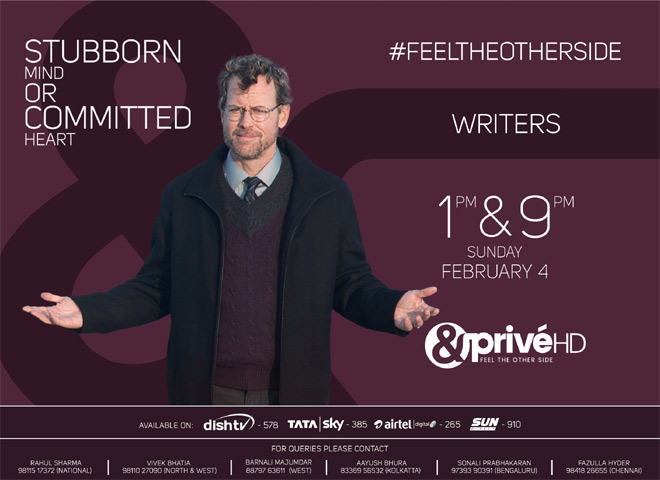 &Privé HD, the newest destination for nuanced cinema, is all set to bring the premiere of the movie, ‘Writers’ on 4th February at 1:00pm and 9:00pm. The film marks the debut of director-writer, Josh Boone, and stars Academy award-winner Jennifer Connelly and acclaimed actor Greg Kinnear in pivotal roles.

The romantic comedy-drama features a family as they journey through diverse complexities of love over the course of one tumultuous year. Bill Borens (Kinnear), a successful novelist is still in love with his ex-wife, Erica (Connelly), who left him for another man. Their daughter, Samantha (Lily Collins), is publishing her first novel while recoiling at the very thought of first love, and their teen son, Rusty (Nat Wolff) is trying to find his voice as a fantasy writer while he strives to impress his dream girl. As Bill struggles to raise his teenage kids, Erica and he try to comprehend the complexities of love together.

The touching film captures a multitude of emotions and struggles we face in our daily lives, from the innocence and fear of first love, to the see-saw of a mature relationship and the pain of an estranged couple.