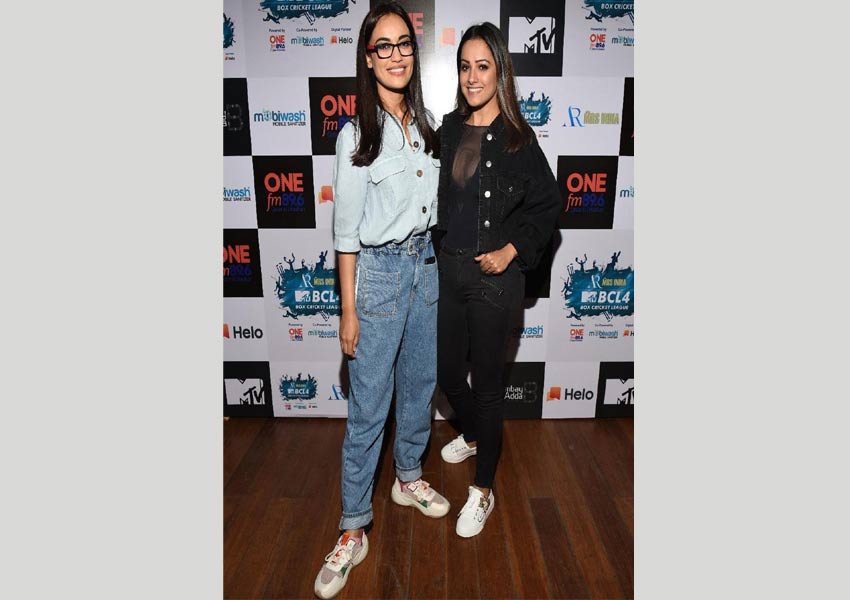 ALTBalaji’s first ever sports reality show Box Cricket League (BCL) which has more than 150 television celebrities is a unique cocktail of cricket, drama love and controversies that culminates into pure entertainment. And with our favourite TV personalities in action, one sure gets the perfect dose of cricket, spice and masala as part of the unseen footage exclusively on the ALTBalaji app.

The dazzling Naagins from Balaji Telefilms’ popular show Naagin 3, Surbhi Jyoti and Anita Hassanandani who have been playing for Delhi Dragons and Kolkata Baabu Moshayes respectively set the BCL floor ablaze with their killer dance moves. Amidst the ongoing trivia, the duo shared a light moment with their impromptu Naagin dance. As everyone is aware of the fact that how much Anita and Surbhi adore each other. One can see them pouring love on each other in their Instagram stories and social media posts. Despite playing in opposite teams, their friendship and bonding was pretty visible when they danced together on the Naagin tunes.

According to a source from the sets, “It was amazing to see both the Naagins – Anita and Surbhi shake a leg on the well-known Naagin tune. For a moment they actually forgot that they were competing against each other and jumped to the floor when commentator Kunal Pandit played the Naagin track. This is better known as getting into the skin of the character. BCL game is getting bigger and better with each match that follows.”

Loaded with immense masti and drama, Catch the action on the ALTBalaji app from Monday- Friday at 8 PM.