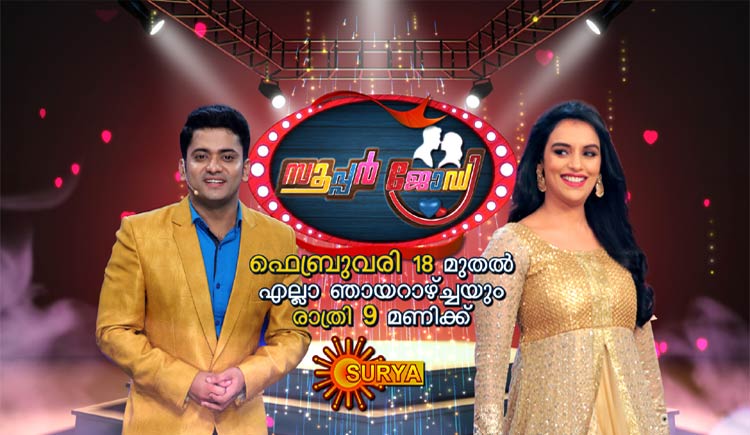 Surya TV, leading Malyalam channel is launching “Super Jodi” its first Malayalam television reality couple show.The first episode will go on air on February 18th 2018. The show is scheduled to be aired every Sunday at 9:00 pm. Super Jodi would be the faceoff from the reel image to the real image of a star couple.

The reality show will have nine glorious heroines with their partners as the contestants. Famous cine artist Manikuttan will be hosting the show and prominent actress Swetha Menon is the celebrity judge.

The episodes will capture behind the scenes emotions of the couples which they  undergo. Each couple would be facing various tasks every week which would test their unity, intimacy, consideration, caring and other qualities based on which the winner will emerge.

The fun filled entertainment show would bring out the essence of relationships and also hundreds of tales from the celebrity home.