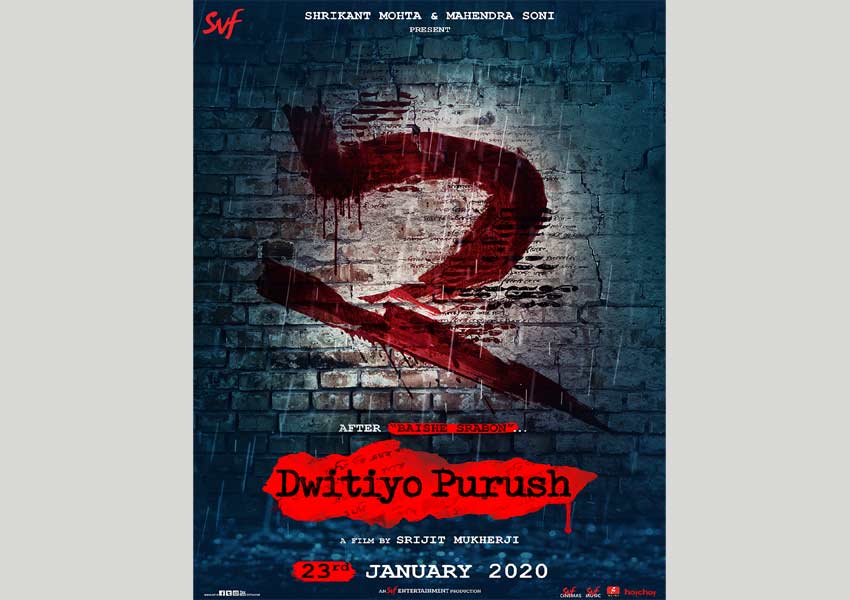 The year 2011 was remarkable for Bengali Cinema when SVF & director Srijit Mukherji came up with the thriller titled Baishey Srabon which had gone on to become a blockbuster gathering applause from both mass and critic, for being one of the greatest thrillers Bengali cinema had witnessed.

The story of Dwitiyo Purush will commence from where Baishey Srabon had left off and will see popular actor Parambrata Chattopadhyay reprise the role of chief detective Abhijit Pakrashi and Raima Sen bring back her character Amrita. There will be couple of new characters who will be essential to this spin off but to keep the intrigue, the names will be revealed when the audience will be least expecting it.

Optimistic about the much-awaited sequel, Mahendra Soni, Co-founder & Director, SVF said, “Baishey Srabon changed the way how thrillers were perceived by the Bengali audience and created a landmark in this genre. Srijit is known to be a master- player when it comes to thrillers and I’m sure Dwitiyo Purush will have a similar effect on the audience. This film will be our first release of 2020!”

Talking about his new venture, National Award-winning director Srijit Mukherji said, “As it’s a thriller, the more the curiosity of the audience, the better it would be for the film. Therefore, I’d like to remain tight-lipped about the project for now. However, we will be revealing important cast details soon.”

The project is scheduled to go on floors soon and is slated to release on 23rd January 2020 as the first official release of SVF for 2020.