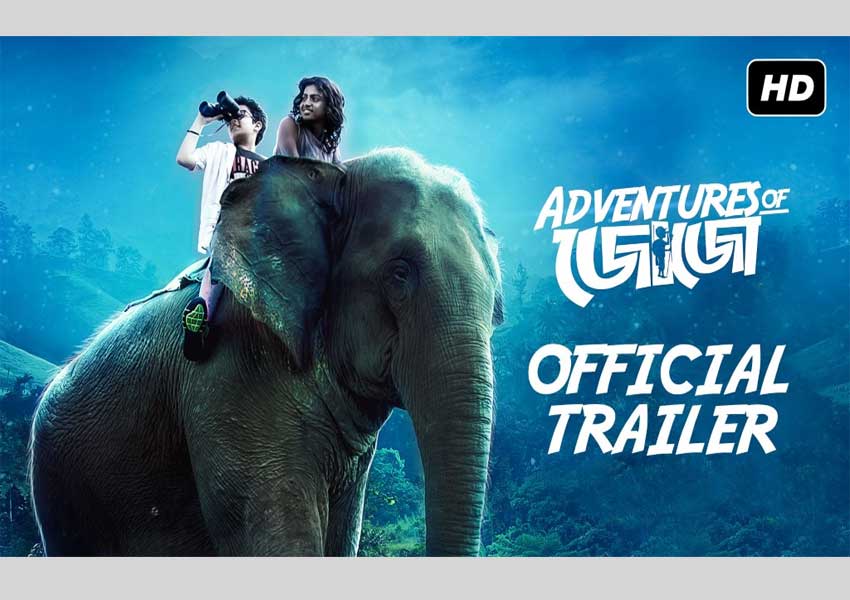 SVF’s Christmas release, titled Adventures of Jojo is a children’s adventure film which has been shot in exotic jungles of India released its magnificent trailer today on Children’s Day.

Directed by Raj Chakraborty, Adventures of Jojo will kindle the love of adventure amongst its audience with its heart-warming simple yet thrilling tale. The trailer starts off with Jojo (played by newcomer Jashojeet Banerjee) getting excited about going to Borpahari Jungle with his family. What he witnesses there is everything he ever dreamt of, also becomes best friends with Shibu (Samiul Alam) and Notobar (an elephant). Initially, all seems well and then, the true dark side of wildlife is revealed. Poachers seem to be swarming the jungle having their eyes set to capture most of the animals of the wild and sell their skin, teeth, nails, etc. Jojo decides to be a forest officer with his two new found friends and save the wildlife.

Thus, the film highlights a strong social message about animals of the jungle and their conservation.

This children’s adventure film narrates the journey of Jojo a young boy of twelve as he travels to Baropahari to visit his uncle. He makes friends with a young boy Shibu and an elephant Nonibala. The three of them become best of friends and roam around the forests of Boropahari in search of he most feared beast of the forest, Chengis. Who is this Chengis whom the entire jungle of Baropahari fears? Will Jojo be able to rescue Chengis from the clutches of the poachers and save the jungle and its wildlife?

Adventures of Jojo – A Christmas treat being loved by all!
MediaInfoline Dec 26

Adventures of Jojo – A Christmas treat being loved by all!

Adventures of Jojo animal mascots interact with kids across the city