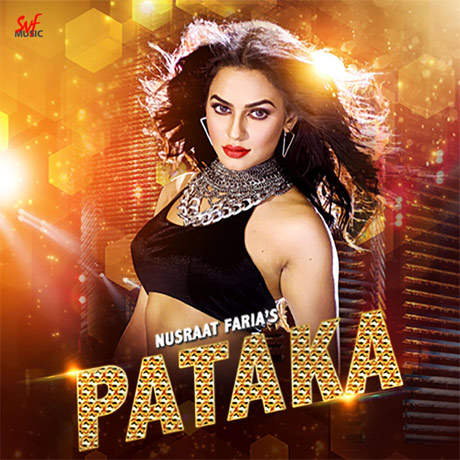 SVF Music, the largest music label in Eastern India and a platform that is known to collaborate with various national and international artistes , launches ‘Pataka’, the debut single of Bangladeshi sensation Nusraat Faria. The song is sung by her and she is also featured in the music video.

Nusraat Faria, who is known to have acted in several Bengali films, also pursued her passion in singing while continuing with her profession in acting and modelling. While channeling her passion into reality, she came up with her debut single ‘Pataka’. The music video is a peppy number which shows Faria sizzling to the beat of the music, telling women how to deal with a heartbreak. The catchy dance beats have been choreographed by the much acclaimed choreographer Baba Yadav.

Nusraat Faria performed the song at a launch event organised by SVF at Level Seven, followed by a press conference where she talked about her experience and excitement behind her first single.

Ecstatic about the release of her maiden single Nusraat Faria exclaims – “Although singing is my passion, I was never professionally trained in it as I came from a conservative background. ‘Pataka’ is my message to every other women who is nursing a broken heart. The revenue from my song will be contributed towards the education of children.”

Mahendra Soni, Co-Founder and Director , SVF says – “SVF Music has always endeavoured to bring unique and engaging content to entertain its audience and incorporate artistes from across the globe. ‘Pataka’ will get everyone to groove to it’s tune.”

‘Pataka’, sung by and featuring Nusraat Faria and produced by SVF Music, releases on 26th April 2018.