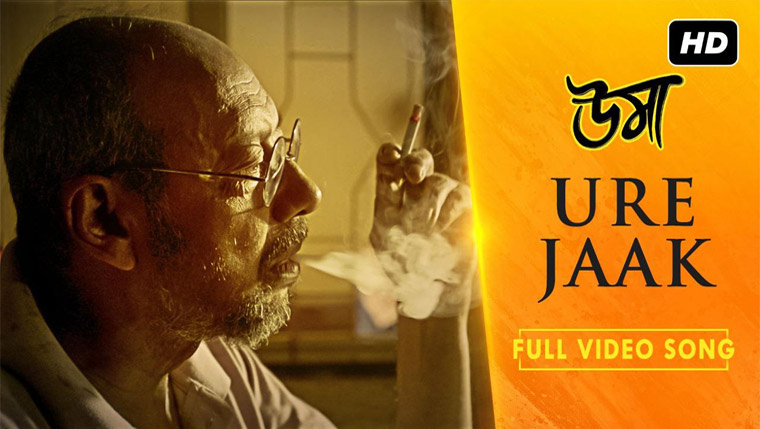 Sung by Anupam Roy, who also happens to be the composer of this melancholy number and the Music Director of the film. Ure Jaak depicts the struggle of a fallen film Director, Brahmananda, played by the effervescent Actor-Director, Anjan Dutt. Once renowned and very much sought for, now Brahmananda is a mess with alcohol being his only friend. For him, cinema is everything in life and the dream he chooses to built for 8 year old terminally ill, Uma (Sara Sengupta) is a creation of his best of his work. He finally found a reason to fight a battle and his own too, in the process. The audience will see his past in the flashback sequences and his present in the song. The latter is being dominated by a little girl’s dream, to put a smile on her face, and she ultimately makes him realise his faults and change his perception of life. Once a defeated man, will Brahmananda rise from his ashes to become what he never had the courage to be?

Srijit Mukherji, optimistic about the film, exclaimed – “Anjan Dutt’s character plays a pivotal role in Uma. Before the release of the film on 1st June, it was essential to make the audience realise what he is and why he is that. Uma, the film is not only about Uma herself and her father Himadri, but also very much about this Director who helps create a fictional world for a child.”

The film is inspired from the true story of Evan Leversage, the Canadian boy suffering from cancer and for whom his village of St. George, Ontario came together to celebrate Christmas much ahead of the actual festival.