Taapsee reading a crime novel for business or pleasure? 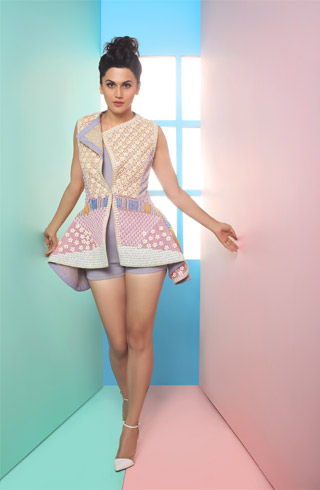 Taapsee Pannu who is gearing up for the shoot of her upcoming film, Badla, directed by Sujoy Ghosh and starring Amitabh Bachchan will be flying out to Scotland for the shoot. The Pink actress who has been shooting back to back for her films this year has barely had a breather and has been jet setting from one shoot to the other, allowing a few days of respite to the talented actress.
On the prep front, Taapsee hasn’t divulged too much about how she’s going to be taking on the character of an entrepreneur. However we spotted a recent social media post that she put, which showed a new book on her kindle. On closer inspection, we found out that the Baby actress was in fact reading The Dark Lake, a popular crime novel, by Sara Bailey.
Wondering if Taapsee is doing a bit of light reading or some heavy duty work prep?