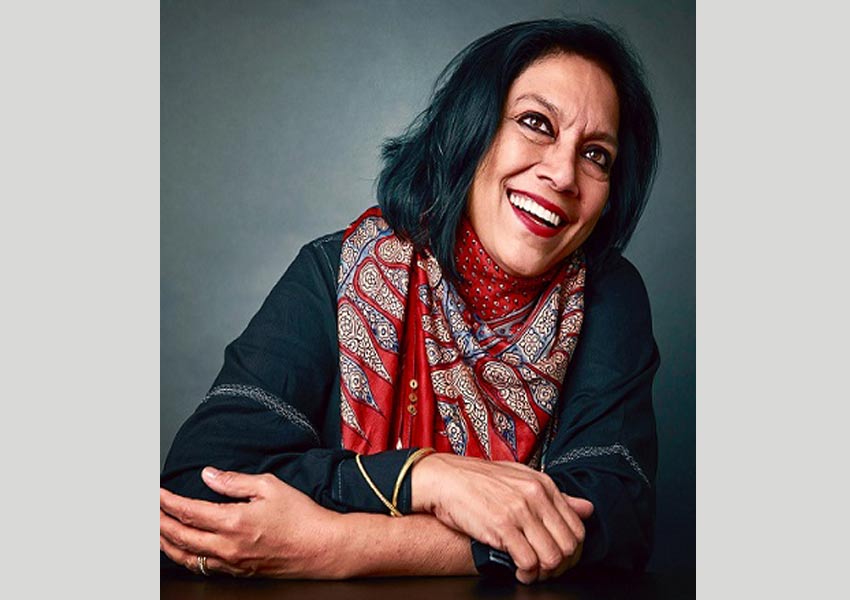 Venice Golden Lion-winning filmmaker Mira Nair (Monsoon Wedding, The Namesake, Queen of Katwe) is set to begin directing the first screen adaptation of “A Suitable Boy”. Produced by Lookout Point for the BBC, and adapted by the acclaimed British screenwriter Andrew Davies (Pride and Prejudice, War and Peace, Les Misérables) from Padmashri Vikram Seth’s internationally best-selling novel, this much anticipated six part drama is led by Bollywood heart-throb Ishaan Khatter (Beyond the Clouds, Dhadak) and Indian screen legend Tabu (The Namesake, Life of Pi, Andhadhun), with rising star Tanya Maniktala in the lead role of Lata.

A Suitable Boy tells the story of spirited university student Lata (Tanya Maniktala); coming of age in North India in 1951 at the same time as the country is carving out its own identity as an independent nation and is about to go to the polls for its first democratic general election. It is a vast, panoramic tale charting the fortunes of four large families and exploring India and its rich and varied culture at a crucial point in its history.

Lata’s mother is determined to find her a husband – a suitable boy – but Lata, torn between family duty and the excitement of romance, embarks on her own, epic journey of love and self-discovery.

Connected to Lata through their siblings’ marriage, the wayward Maan (Ishaan Khatter) is determined to enjoy life to the full whatever the consequences, much to the concern of his politician father. But could his infatuation with beautiful courtesan Saaeda Bai (Tabu) be one step too far?

Their stories play out during a tumultuous period for India and reflect the wider conflict between tradition and modernity at the time, as the election looms and the country decides its destiny.

A Suitable Boy is romantic, funny, moving and relatable, fired by Andrew Davies’ mastery of plot and character and the peerless talent of Mira Nair, who will direct all six episodes of her first series for television.

The story will move authentically between the intimate and the epic, the personal and the political, and the familiar and the extraordinary; all against the stunning backdrop of an India never before brought to life on screen.

Commenting on the project, Mira Nair said, “Vikram tells the story of a free India and our people with wit, clarity and love – I am deeply honoured to be the one bringing this intimate, epic tale of an unseen India to the world. Today, A Suitable Boy is timelier than ever. With a mix of legendary and cutting-edge actors from the subcontinent, shooting entirely on location in palaces, villages and streets across northern India, we will keep the history and dream of an alternate India alive.”

On playing Saeeda Bai, Tabu said, “I’m very happy to be working on A Suitable Boy, and especially with Mira. Having worked with her on the Namesake I look forward to one more creatively charged experience.”

Ishaan Khatter added, “It’s not only my pleasure but an honour to be working on this illustrious material alongside such distinguished artists and technicians led by the indomitable Mira Nair. I hope I can satisfy her vision and give the global audience the character they deserve in Maan Kapoor”

Tanya Maniktala, who was last seen in TVF FLAMES, said: “I’ve been in a daze this whole time, and all of this still feels surreal.  It’s truly exhilarating to be getting to work with Mira Nair and understanding and bringing her vision of ‘A Suitable Boy’ to life for all of us. I am still understanding Lata and the complexities of her reality, and I hope I can deliver, but for now I am focusing on enjoying the process and just taking it one day at a time.”

Vikram Seth said: “It was with some anxiety that I agreed to my book being put on the screen, but I’m glad I did. With Andrew adapting and Mira directing, I feel that my story is in safe yet inspiring hands. We all passionately believed that the series should be filmed in India with an Indian cast, and we have got great locations and wonderful actors. I am confident they will bring my characters brilliantly to life – and I hope they have a really good time doing so.”

Andrew Davies said: “I am truly thrilled to be chosen by Vikram Seth to adapt his masterpiece A Suitable Boy for the screen. It’s a charming, almost Austenesque story, with a delightfully relatable heroine, set against the turbulent background of India in the years following Partition. It has been a total joy to work on, and I hope that audiences will love it as much as I do.”

Faith Penhale, Executive Producer for Lookout Point, said: “Like all great stories, A Suitable Boy has the power to thrill and move audiences everywhere, but what makes it truly special and unique is that it is a story born of India and about its people. So we’re thrilled to be able to celebrate this wonderful country on the international stage by working with an incredibly talented ensemble of Indian actors and by shooting everything on location. We hope to create a truly ground-breaking drama for the BBC and with the creative powerhouse of Vikram, Andrew and Mira at the helm we have every chance of doing so.”

A Suitable Boy was commissioned by Charlotte Moore, Director of Content, BBC and Piers Wenger, Controller of BBC Drama.

Executive Producers are Andrew Davies, Mira Nair and Vikram Seth; Faith Penhale, Laura Lankester and Will Johnston for Lookout Point; Lydia Dean Pilcher and Aradhana Seth (who also produce); and Mona Qureshi for the BBC. The six-part series, which will be distributed by BBC Studios, is filming at a number of locations across India including Lucknow and Maheshwar.