Thanos might want to hide his head this Women’s Day 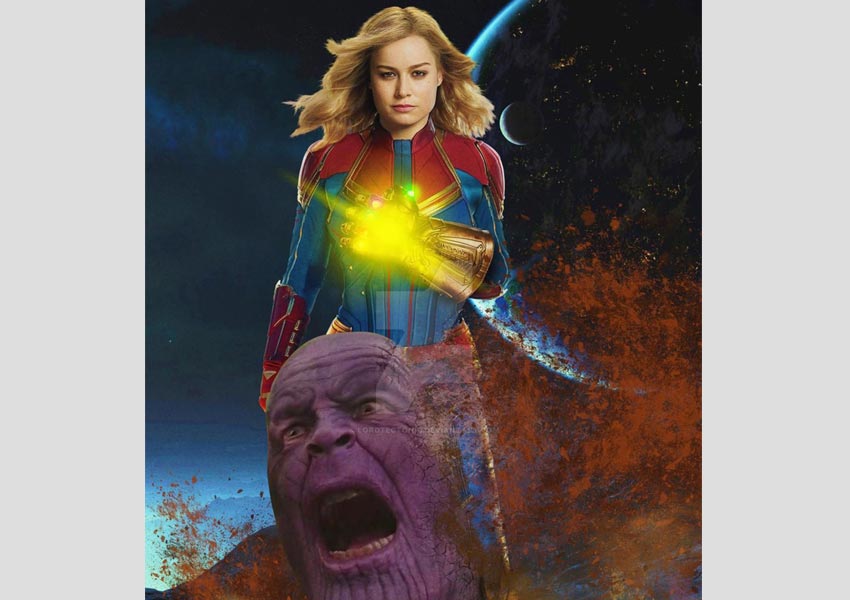 With major events taking place in Avengers Infinity War, it is clearly visible that, Thanos is an extremely dangerous foe. He is undoubtedly the strongest antagonistic character in the MCU. Even in the comics, the mad titan was always bringing the Avengers greatest challenges. The original Avengers consisted of Captain America, Thor, Iron Man, Hulk, Black widow, Hawkeye. Despite having expanded their team over the span of films, the heroes were unable to defeat Thanos. With every Avenger wounded – physically and mentally, no one has any idea how will they ‘avenge’ this. However, Thanos has not yet faced one superhero. Carol Denvers a.k.a Captain Marvel is an ex pilot who has gained her superhuman abilities from a mysterious event. These superhuman abilities include Flight, Energy Blasts, Superhuman Strength, Speed, Endurance and Stamina. Some of these abilities are only possessed by her.  Her encounter with Thanos and joining the avengers was definitely long awaited.

The character of Captain Marvel has been introduced to the MCU via the solo film Captain Marvel. Her appearance was teased from a very long time. The film is the first ever solo female super hero in the MCU. It deals with the premise of the character’s origin and how she masters her powers. Since the film is set in the 90’s many beloved characters and new characters will make their return and debut in the film. The film will tie up directly into the next Avenger’s movie. Academy Award winning actress Brie Larson has donned the helmet of the character. Brie trained in judo, wrestling training and boxing for nine months extensively for the character.

Captain Marvel is set to premiere on 8th March 2020 for the first time on television at 1 PM and 9 PM only on Star Movies.

When asked about the character of Captain Marvel Brie stated, “I couldn’t deny the fact that this movie is everything I care about, everything that’s progressive and important and meaningful, and a symbol I wished I would’ve had growing up.”