The Best Piece of Advice from Writer of ‘Calling Sehmat’ 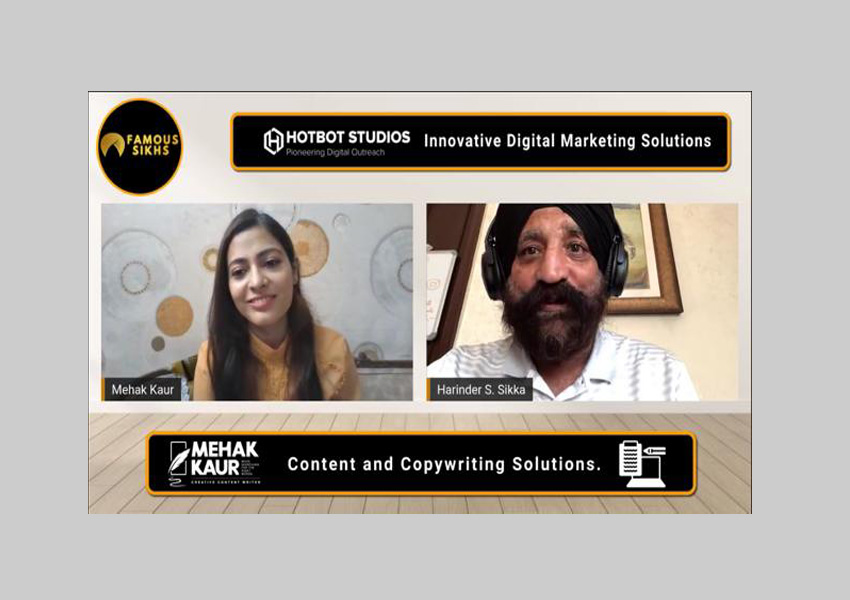 The seventh chapter of Candid Talks by ‘Famous Sikhs’, aired this Sunday at 12:30 PM, starring Cdr Harinder Singh Sikka, the brain and the pen behind the story of film Raazi and production of the movie, Nanak Shah Fakir. His two novels, namely – Calling Sehmat and Vichodda, inspired from real life struggles of women have been getting amazing reviews on the internet.

He spoke of the blessing of having met Sehmat, a code name to hide the identity of a strong lady who wanted to go away unsung. He shared how he was chosen by fate to share these stories with the masses. He revealed a myriad of never heard before facts like how real and reel world sehmat – Alia Bhatt met, how Sehmat asked her to make a movie on Guru Nanak DevJi. Standing today as one of the highest-paid authors in Bollywood, he has not kept even a single penny of the earnings.These days he is writing a sequel to the book under the name, ‘Remembering Sehmat’.

His movie, Nanak Shah Fakir, which was entangled in some controversial debate in the beginning in spite of its successful premiere at the Cannes Film Festival; today has won three national awards and crossed 10.7 million views on youtube. He shared with the viewers how he cherished the many miracles he experienced on the sets of Nanak Shah Fakir. He also mentioned how many top-notch pious souls like AR Rahman, Akshay Kumar and legendary Padma awardees, PanditJasrajji and Bhai Nirmal Singh ji joined hands for this project

The Candid show of Famous Sikhs, invites one guest every week and this week the interview captured some amazing advice from the life of Harinder S Sikka. It’s surprising, how a show that was announced no more than just 7 weeks back has today hosted – Actor Manmeet Singh, Dr.Bhupender Kaur, Lt Gen Balbir Singh Sandhu, Prof .Daljit Singh and K S Ahluwalia.

The focus of ‘Famous Sikhs’, Candid talk show is on inculcating a sedulous spirit among masses and to share techniques and strategies for achieving results and tackling failures.The young host, Mehak Kaur did a fantastic job. The Famous Sikhs’ backed by a talented team of experts captivated the audience with a spirit of achievement and inspiration. To listen to the unfiltered interview of Cdr Harinder S Sikka go to Famous Sikhs facebook page or youtube channel.