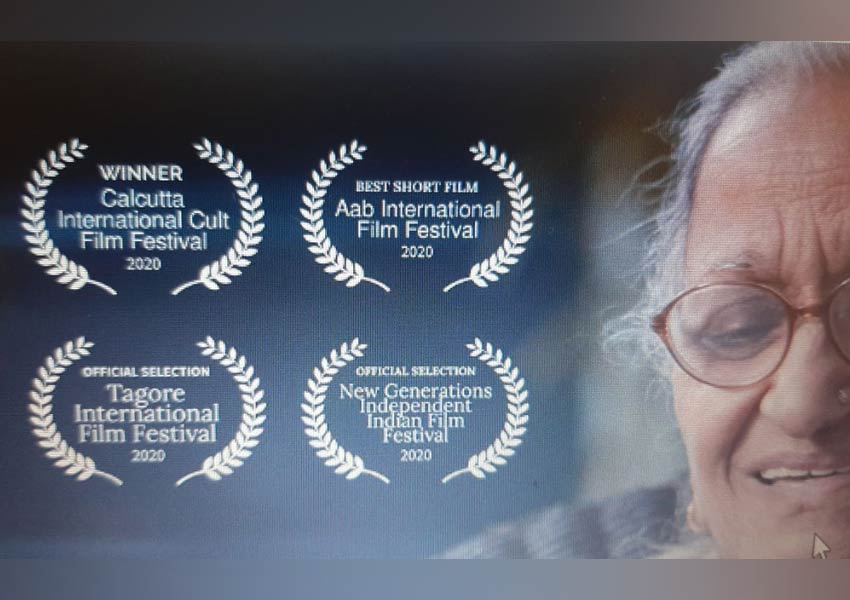 A lovely short film revolving around the Gen Z’s fast-moving lives in which they often forget to spend time with their grandparents in the gadget freak world, “The Blue Sweater” is presented by the FNP Media, a content company and production house, by Ferns N Petals which was recently launched. It is the first original short film of the production house. Jatin Chanana, famous for various well-known corporate films, digital ads, TVCs and short films which he has written and directed has directed this short film and it is produced by FNP Media. The FNP Media YouTube channel, Films By FNP Media is going to host this film along with the plethora of engaging and entertaining content in the form of short films.

This thought-provoking film will bring the audience to the realization of the selfless love of grandparents which is often not appreciated appropriately by grandchildren. This original made by FNP Media is a charming film about the changing dynamics and relationship between grandkids and their grandmother at its centre.

“This movie is very special for FNP Media as it is our foray into FNP Originals and not only that, we as an organization want to touch hearts of our viewers and this movie shows how emotional and beautiful the bond is between grandparents and grandkids. This movie will definitely touch the emotional chord of everyone and we hope viewers will love it,” says Ahmad Faraz, General Manager, FNP Media.

Jatin Chanana, Director, The Blue Sweater said, “The Blue Sweater is a small effort to celebrate and share life with elderly rather than being addicted to technology. This slice of life film is extracted from the nostalgic moments of my childhood. But I believe anyone who cherished happy moments with his or her grandparents will connect with the film emotionally”.

The struggle of being lonely at old age is beautifully depicted in the film. Even while one is surrounded by people becomes more real in this eye-opening film. But the question remains that will you embrace this heartwarming, tender and obvious love that comes without a price?