The Circuit – #SitDown Comedy Festival, Season 2 Is Back 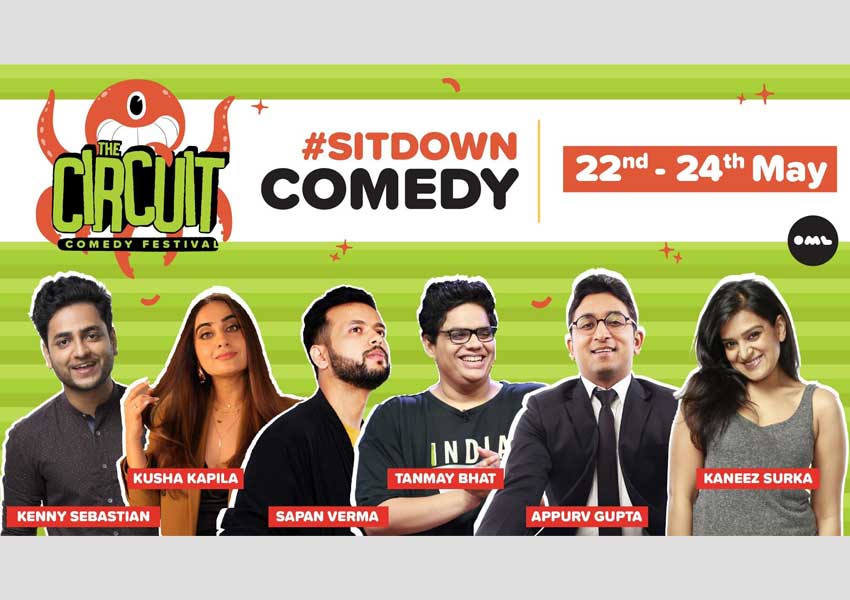 The highly anticipated and much awaited multi genre #SITDOWN comedy festival – The Circuit is back to help you get over your lockdown woes. After the tremendous response received by the first edition, OML is back with round two of The Circuit on popular demand. The sequel to the festival is scheduled to go live from 27th May and hopes to continue to entertain their viewers with stellar performances.

With 15 shows across 5 days, this time around the shows have been curated with an intention to reach out to an even more diverse audience with further variations in the line-up. The #SitDown Comedy Festival second edition will showcase Gujarati language comedians who will be performing live and will include a standup act showcasing Bharatiya Digital Party, a Marathi YouTube Channel. EIC Charcha (a comic panel discussion on some of the biggest news) with Sahil Shah, Sapan Verma, Azeem Banatwalla and Angad Singh Ranyal, is something that cannot be missed. Other highlights of the edition include roast of Kusha Kapila, followed by Dilli Darshan which features comedians who coincidentally belong to Delhi.

The digital event will also include a live tapping of  The Internet Said So, which is a weekly podcast where Aadar Malik, Neville Shah, Kautuk Srivastav and Kumar Varun discuss random, fun, stupid, pointless, weird, shocking “facts” they find on the internet. The Digital festival will also see engaging real-time shows like 2 Mastane Chale Content Banane by Rahul Subramanian and Kumar Varun who will make comedy purely by having conversations with people in the audience. improviser excellence Kaneez Surka will be hosting a hilarious show in which comedians improvise jokes, scenes, and skits on the spot as per the suggestions given by the viewers – Live!

Tickets are live on Insider at  here. After purchasing tickets, details about how to log in to attend the digital festival will be sent over. 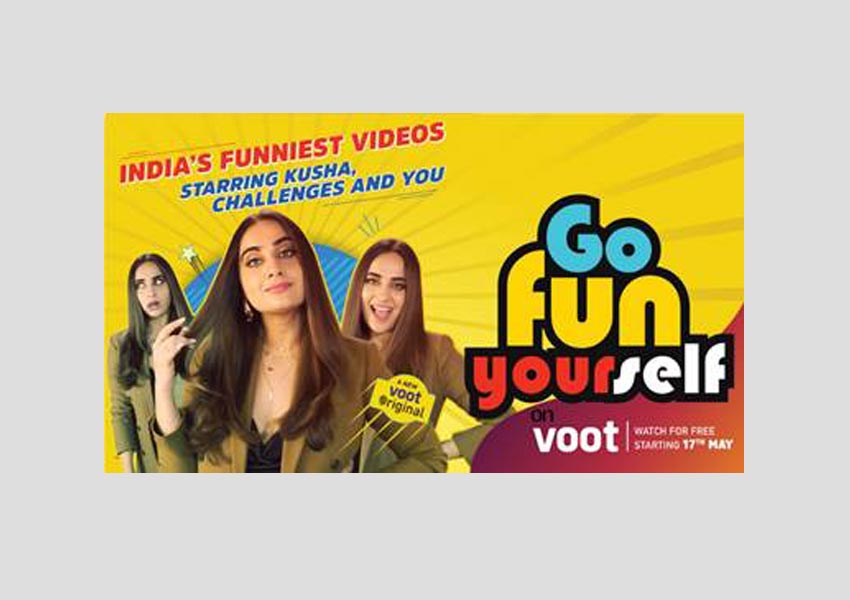 Go Fun Yourself, Voot Original Streaming from 17th May
MediaInfoline May 18