Tickets to Bring The Soul: The Movie now live on BookMyShow 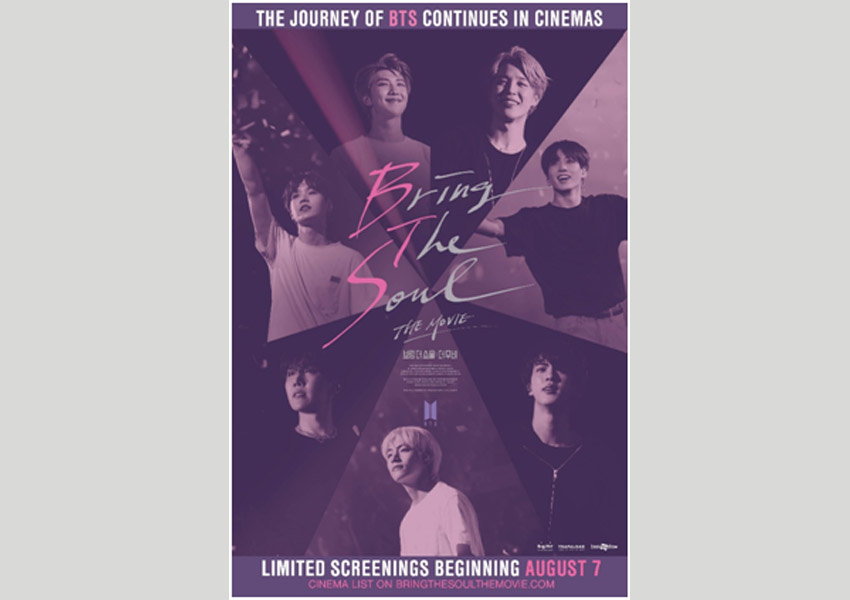 BookMyShow announced that the advance ticket sales for the Bring the Soul: The Movie are now live across its web and mobile platforms. The movie is set to release pan India across over 200 screens and will be in theatres for a limited time starting August 7th until August 11th.

‘Bring the Soul: The Movie’ is the third film from BTS following 2018’s record breaking release of Burn the Stage the Movie, which reached a box office of $18.5m, cementing itself as the highest grossing global event cinema release of all time and 2019’s Love Yourself in Seoul, which brought fans together again to celebrate the most sought-after concert of 2018.

This latest film finds the band at the end of their ‘Love Yourself’ tour in Europe, when the global icons had held concerts across multiple cities globally. From Seoul to Paris, the tour was full of energy and passion. On the day following the final Paris concert, on a rooftop table in the city, the boys began a small after-party, sharing their own stories as never heard before.

Produced by Big Hit Entertainment and A Camp Entertainment, and distributed by Trafalgar Releasing worldwide, ‘Bring the Soul: The Movie’ will be distributed by BookMyShow in India, Indonesia, Malaysia and Singapore. This marks BookMyShow’s foray into distribution for differentiated content in cinema.

Nykaa and BookMyShow come together to launch Nykaaland
MediaInfoline Feb 25

Nykaa and BookMyShow come together to launch Nykaaland