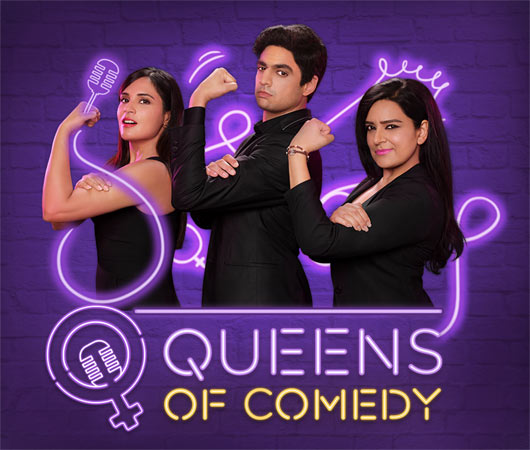 The comedy genre has exploded over the last few years in India with new comedy clubs sprouting and stand-up comedians achieving celebrity status. However, the limelight seems to be squarely focused on the men with very few women making a mark in this burgeoning space. Given the scenario, TLC, India’s go to lifestyle channel, is launching ‘QUEENS OF COMEDY’ – India’s first-ever female comedy show. QUEENS OF COMEDY provides a unique platform to the talented female comedians to compete with the best and prove that when it comes to being funny, they can give the men a run for their money!

The show will be judged by three acclaimed artists – Actor Richa Chadha – The Bholi Punjaban of Bollywood has left a remarkable mark with her varied choice of movie roles and now she’s all set to make her TV debut and set to display a whole new set of skills. She is all set to leave you in splits of laughter with her impeccable comic timing in Queens of Comedy; Rohan Joshi – one-fourth of AIB, from electronic engineering to a comedian, he has broken many hearts along the way. But it’s okay since his jokes can make even the toughest of audience laugh in no time; Kaneez Surka – One of the first improvisers in the country, her impeccable comic timing and her witty improv skills will leave you ROFL-ing. With her flourishing career, she also has her own comedy game show in tow; Varun Thakur of ‘Struggling Actor Vicky Malhotra’ fame will host the show. The show will premiere on 24th September and will air on weekends at 10 pm, only on TLC.

Zulfia Waris, Business Head – Female & Family Entertainment Products, Discovery Communications India, said, “There is a strong perception that women are not inherently funny and take themselves very seriously. Queens Of Comedy will change the way how females are perceived in the comedy circuit in India. With their insights and perspectives, women can combine humor and self-deprecating wit with hilarious results.”

“Queens Of Comedy is the first of many new shows that we plan to launch targeted at the Indian female millennials,” added Zulfia.

Talking about the show, Richa Chadha said, “Women in our society are expected to be quiet, well-mannered and submissive while men are encouraged to be flamboyant, opinionated and even combative. So, it is not surprising that women are under-represented in the comedy circuit in India. I think there has been a dearth of investment and platforms to showcase their talent. TLC’s initiative to launch India’s first ever female TV comedy show is a significant step forward to address this gap. I am extremely excited to be part of this breakthrough show.”

Rohan Joshi, added, “Comedy is a very potent tool. The mike in your hand gives you the power to speak your mind while the world takes note. While being fun, comedy can also empower. I would encourage any and every woman to participate and bring their funniest selves forward and show the world what they’ve got!”

“It is important for television to reflect a range of voices – share new and different stories. Queens of Comedy has a completely fresh, uninhibited outlook. I am delighted that the show has adopted digital format of entries which makes it democratic and easy for women to participate.  It is dramatically different from all the physical toils we went through when I started,” said, Kaneez Surka.

Host Varun Thakur said, “Women deserve every chance and opportunity to put their best selves forward in any field they choose to. The opportunities to do this in comedy were limited. Hence a show like QOC becomes paramount and I would encourage all the women out there who love comedy to give this a shot. Because in finding the funny you may also end up finding yourself!”

All the entries will be uploaded on the QoC microsite www.queensofcomedy.in. The 50 shortlisted entries will be opened for voting where audience can rate them on a scale of ‘ROFL’ to ‘HAHA’ and ‘NAY’. The top eight shortlisted contestants will battle against each other and feature in the reality show on TLC in their quest to be India’s next female comedy sensation. 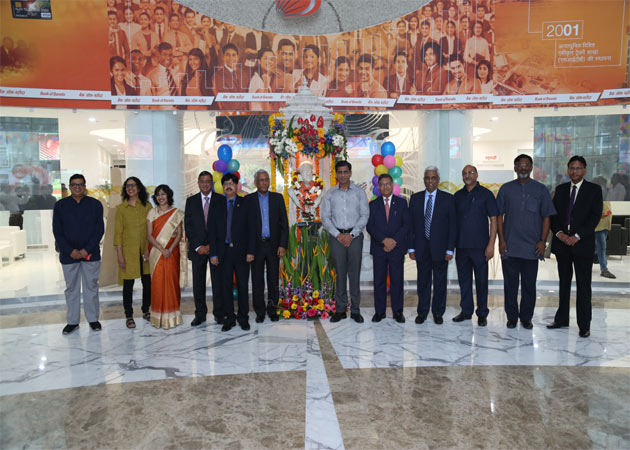