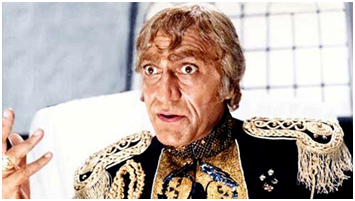 MAX2 has time and again brought incredible evergreen movies to us. To commemorate these iconic movies MAX2 has launched its first ever digital awards that honor good old movies and their cast and crew. Here is a list of top 5 timeless Bollywood villains nominated by MAX2 for Timeless Digital Awards who have epitomized evil in more ways than one:

Shakti Kapoor has been most famous or rather infamous for playing negative roles in Bollywood films for over three decades. Through the eighties and nineties, he worked with Kader Khan forming a comical or evil duo in over 100 films. Some of his iconic films include Raja Babu, Jallad, Qurbaani and many others.

Amrish Puri had rightly set the bar very high for other villains with his incredible performances. Remembered for playing negative roles in Hindi cinema, Amrish Puri is famous for his remarkable performance in Mr.India as the villain, Mogambo.

Sadashiv Amrapurkar has made his presence felt in several Marathi and Hindi films delivering memorable performances through the 80s and 90s. Some of his famous films include Aankhen, Ishq, Hum Saath Saath Hai and several others.

Since 1971, Danny Denzongpa has worked in almost 200 films. In 2003, he was awarded the Padma Shree which is India’s fourth highest civilian honour.  He is noted for his brilliant villainous roles but, he has also received acclaim for his versatility and some of his other performances like most recently in the action-thriller movie, Baby.

The bad man, Gulshan Grover has appeared in over 400 films. He is popularly known with the name “Bad Man” in Bollywood.  A few of his famous films include Raja Babu, Diljale and Imtihaan amongst many others. Most recently, he delivered a chilling performance in the movie Honour Killing.

Tags:
Previous Article
Karan Kundra breaks down after a task in Renault MTV Roadies X4
Next Article
#fame takes you on an exquisite journey to the Amer Fort