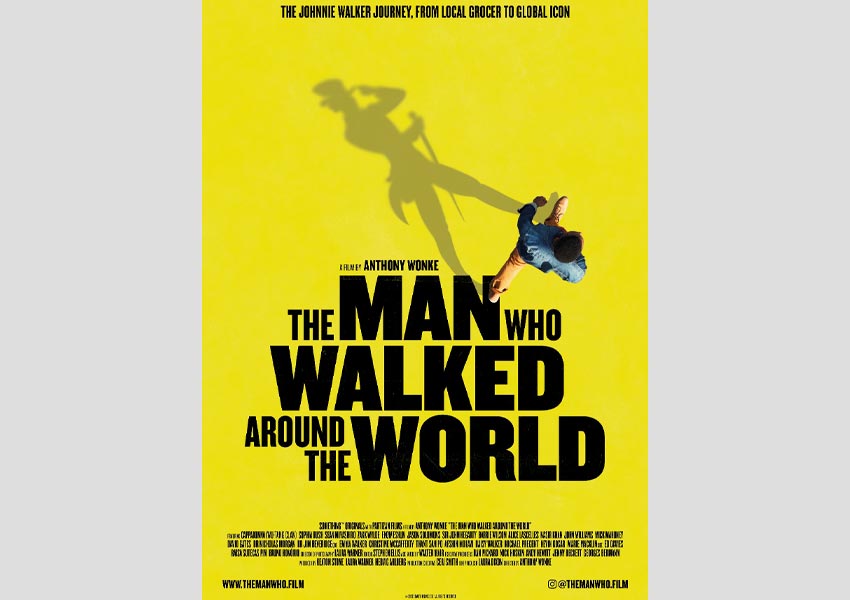 The BAFTA award winner Director Antony Wonke’s new documentary, The Man Who Walked Around the World, is all set premiere on November 12 on Discovery’s portfolio of brands and services. For more information visit here. The documentary also featured some of the eminent personalities from all over the world, that includes 88rising’s Sean Miyashiro, actress and activist Sophia Bush, Wu-Tang Clan’s Cappadonna, advertising legend Sir John Hegarty, rock musician Zakk Wylde, etc.

Wonke’s some of the former masterpieces are ‘Ronaldo’, ‘The Director & the Jedi’, etc. This time the Oscar nominated director is set to feature the story of the world’s largest Scotch whisky brand – Johnnie Walker.

He said, “The symbol of the Striding Man seems to be everywhere in some shape or form and has taken on a significance of its own. It kind of transcended a brand to become truly iconic.”

“We’ve been on an amazing journey, going through years’ worth of footage and speaking to people from all walks of life to create this film – actors, musicians, barmen, artists, activists and a whole host more. It’s a fantastic story.”

Discovery VP Content Sourcing and Acquisitions Myriam Lopez-Otazu said: “We are excited to see the first glimpse of The Man Who Walked Around the World and can’t wait to share the documentary with Discovery’s global audience of passionate fans.”

Diageo Global Scotch Director John Williams added: “We’ve been looking forward to this moment ever since we heard about the documentary’s creation. Johnnie Walker has an amazing story to tell and the way Anthony and Something™ Originals have crafted it is extremely exciting for us.”

Something™ Originals Managing Partner Andy Hewitt commented: “For Johnnie Walker to open themselves up to an independent production in this way was a bold move. It was a leap of faith on their part, but they believed in us and in what we were trying to do. Anthony’s brilliant and we were always confident that together we could create an outstanding documentary feature that will live long in the memory.”

The documentary is being produced by the multi-award-winning production company Partizan. The movie will be capturing everything about the brand, starting from its origin to its big roles in Hollywood films to being in Music for generations. The film will showcase Johnnie Walker’s 200 years of journey from a local grocer to global icon.

You can watch the trailer for The Man Who Walked Around the World here.

Tags:
Previous Article
A new journey of Harley-Davidson & Hero MotoCorp announced
Next Article
No payment was made to Republic TV by us: Hansa Research

No payment was made to Republic TV by us: Hansa Research
Madhushree Chakrabarty Oct 28