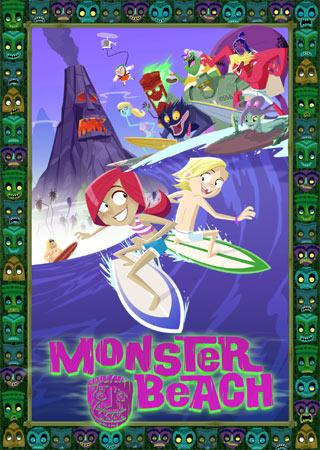 Monster Beach (52×11”) is set in an unlikely world of surfing, hot-rods and monsters – where comedy and camaraderie collide. The story centres around two inseparable siblings: Dean is a cheeky prankster with an appetite for fun and Jane, a self-appointed leader with a sense of adventure. And a band of monsters with a passion for discovery and a compulsion for chaos. The series is set to air across EMEA, LatAm and Asia Pacific in 2019.

Monster Beach is created by Patrick Crawley, Bruce Kane and Maurice Argiro from BES Animation, based in Melbourne, Australia. The same team developed the 2015 Cartoon Network telemovie of the same name, which won an ASTRA Award for Most Outstanding Children’s Program and a Screen Music Award for Best Music for Children’s TV.

Mark Eyers, Turner’s Chief Content Officer – Kids Networks, Asia Pacific, said: “With the overwhelming reaction we had to the movie two years ago, we knew we had a great formula to create more stories about Jan, Dean and these loveable monsters. We’ve assembled a great team based in Hong Kong and Australia, who have been set a task to create a very funny, very colourful show with mass, global appeal.”

Patricia Hidalgo, Chief Content Officer, Turner EMEA & International Kids Strategy, added: “The greenlight of Monster Beach is a great example of our approach to kids content development across international. Loveable stories and characters can come from all corners of the world, and we have made it our mission to seek out talent and IPs that we can nurture and grow. Monster Beach will be a very welcome addition to our kids portfolio.”

The announcement comes as Turner International is ramping up its slate of original kids series. New content has been commissioned for Roll No. 21, Beat Monsters, The Sketchy Show, Lamput, Bill and Tony and The Happos Family, whilst a brand-new series entitled The Heroic Quest of the Valiant Prince Ivandoe launches next month across EMEA. POGO, Turner’s kids brand in South Asia, has also recently produced an original made-in-India series called Tik Tak Tail, about a cute rabbit and a ferocious tiger whose tail has a mind of its own. 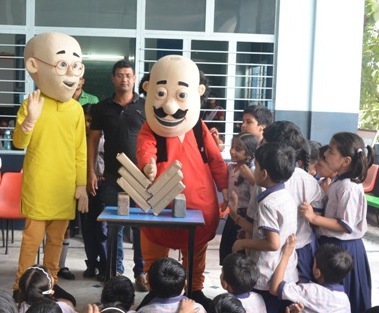