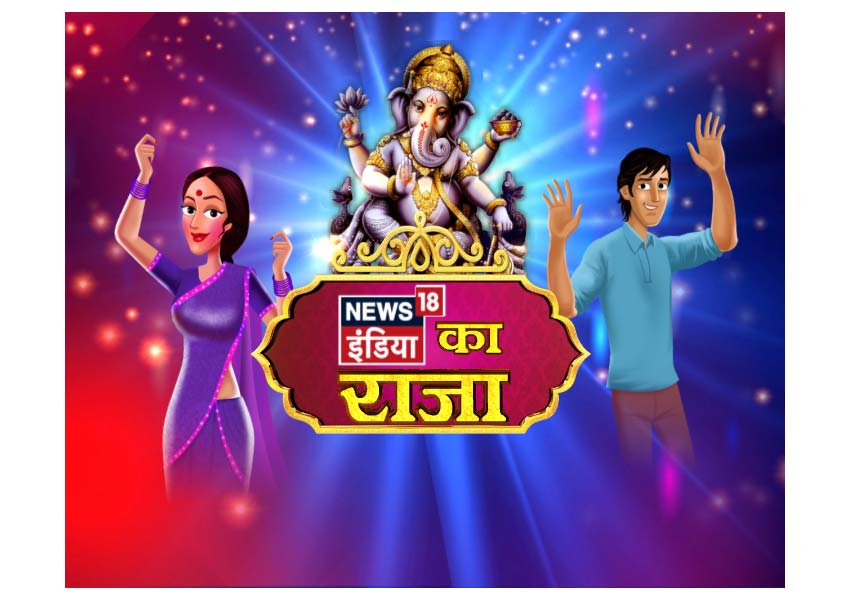 This year, ‘News18 India ka Raja’ will be welcomed by contestants of the popular reality show ‘Dance Deewane’ with a musical band and a striking performance. For the next eleven days, Lord Ganesha will travel daily to the sets of renowned shows like Kulffi Kumarr Bajewala, Kaleerein, Nimki Mukhiya, Silsila Badlte Rishton Ka, Krishna Chali London to name a few.

Mohit Malik, Shakti Arora, Suhasi Dhami, Aditi Sharma, Drashti Dhami, Arjit Taneja, Donald Bisht, Bhumika Gurung are some of the well-known television celebrities who will receive blessings through News18 India’s special segment. These stars along with their crew will welcome the idol of Ganesha on their sets and offer prayers and prasad followed by aarti.

Commenting on the initiative, Nimki Mukhiya famed actor Bhumika Gurung said, “This is the first time that Ganpati Bappa will come on our set. All the cast and crew are looking forward to worship him and seek his blessings. ‘News18 India ka Raja’ goes to many sets every year and the set that they go to, becomes immensely popular. Thank you, News18 India, for taking the initiative to bring Bappa to our sets!”

Actor Arjit Taneja said, “This is the first time I will be seeing celebrations around Ganesh Utsav since I am from Delhi. I had heard about ‘News18 India ka Raja’ but will be welcoming Ganpati Bappa on the sets for the very first time. I have heard that he visits numerous sets and even fulfills the wishes of the actors.”

Starting 13th September, all the excitement and fervor of the festival will be captured daily by a special segment on ‘Saas Bahu Aur Devrani’. On the final day of Ganesh Chaturthi the idol of Ganesha will be immersed into the Arabian Sea on Juhu beach of Mumbai by a top TV celebrity.