The Indian E-Sports scenario is all set for a major revamp as U Sports, one of India’s biggest sports business companies in association with India’s No. 1 Youth Brand, MTV, announces the premiere of their all new month-long championship, U Cypher with MTV. Premiering today, on 19th January, the show will air every day from 10pm to 11pm on MTV.

Backed by Ronnie Screwvala (Founder, U Sports) and Supratik Sen (Co-Founder & CEO, U Sports), the Indian E-Sports scenario is all set for a major revamp with U Cypher with MTV. The league is a first of its kind, multi-platform, multi-game E-Sports championship which comprises of 35 episodes. In its first season, U Cypher with MTV will have 6 teams with 14 members in each team. Each episode will have two teams face off across titles like DOTA 2 and CS: GO on PC, Real Cricket 2017 on mobile and Tekken 7 on PS4 with a prize pool of a whooping INR 51 Lakhs. The final four will play knockouts to determine the winners.

Ronnie Screwvala, Founder, U Sports said, “There has been an enthusiasm for E-Sports sparkling under the surface in the country for far longer than what is known. U Cypher with MTV provides a platform for talented gamers to achieve their maximum potential and build their career in E-sports. The players have been meticulously picked from the Top E-sport Tournaments and teams from Pan India. The digital and broadband revolution has changed the game for this sport. CS and DOTA have had 20 million downloads in the past 10 years in India. And that’s a huge number for something that’s only starting to fully surface.”

Commenting on the association with U Sports, Raj Nayak, COO, Viacom18 said, “E-Sports is growing fast worldwide. Not only that but the annual consumption of E-Sports content stands at almost over 3.7 billion hours across various platforms which are largely digital. Closer to home, in India the gaming market is estimated to be over USD 600 million. Given the potential one can see, we at MTV are excited to be the first and only media network in the country to showcase an E-Sports League on television! We are delighted to partner with U Sports to craft a new tomorrow today through the launch of our exciting and one of a kind new property – U Cypher – only on MTV!”

Supratik Sen, Co-Founder & CEO, U Sports said, “We are all set to showcase the biggest E-Sports championship on television with U Cypher with MTV. This will be the rise of a new batch of athletes and U Sports will look to give the best E-Sports athletes a chance to showcase their abilities. E-Sports is growing at a rapid pace andhas been announced as a medal event in the 2022 Asian Games. E-Sports is moving from being a hobby to an actual career option and its high time we saw the potential in it.”

Ferzad Palia, Head – Youth, Music and English Entertainment, Viacom18 said, “E-Sports has found immense number of takers in India thanks to it being home to the world’s largest youth population and the world’s second largest internet user base. Keeping this in mind, it was thus a natural step for us at MTV, the brand with the ultimate word on the youth in India, to invest in a one-of-a-kind show ‘U Cypher’ that takes E-sports out of bedrooms of gamers & gaming arcades and into living rooms through television. A truly unique concept, will see gamers – who have hitherto been known only in select circles – taking on other gamers across multiplatform, multiplayer games in a specially designed arena. At MTV, we have always taken pride in being trendsetters for the youth and thus are thoroughly excited to bring a brand-new concept which will allow viewers to witness the creation of completely new kind of superstars!”

E-Sports and the gaming market is estimated to be over USD 500-600 million with more than 2000 teams consistently participating in tournaments across India and abroad. U Cypher delves into the culture of E-Sport and finds a world of intense competition and massive opportunities.

The episodes and gameplay will also be available digitally on Usports.in, MTV, Voot, YouTube, YouTube Gaming and Twitch. MTV has also planned an extensive digital plan to promote the show in addition to promotions across the Viacom18 network channels 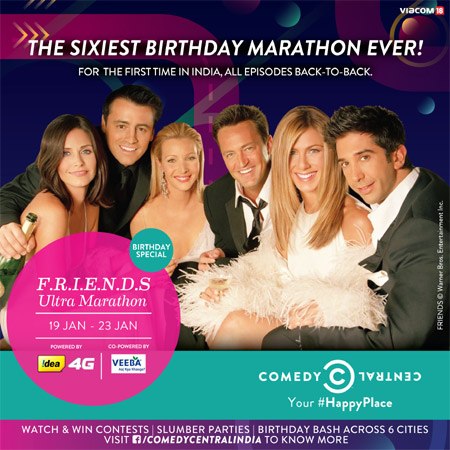