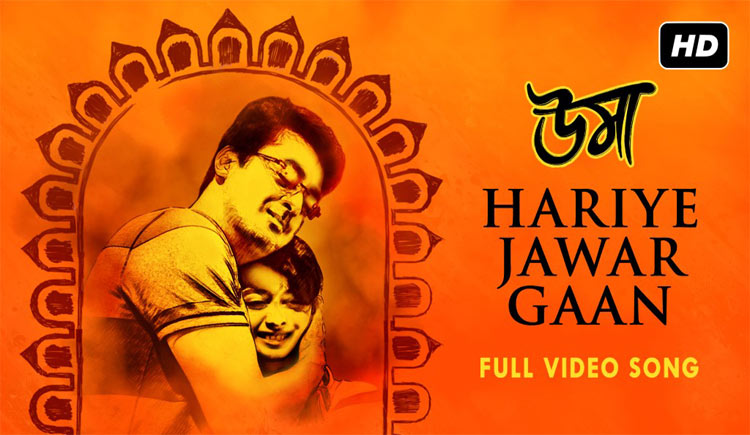 Hariye Jawar Gaan shows the lead actor, Jisshu U Sengupta contemplating amidst the greens of Switzerland and slowly the song progresses with the subtle storyline of Himadri (Jisshu U Sengupta) and Menoka (Sayantika Banerjee), the parents of 8 year old terminally ill Uma (Sara Sengupta). Like a flashback, the songs takes the audience through the journey of them falling in love, getting married, drifting apart due to various reasons, giving birth to Uma and finally, Menoka choosing to walk out of her marriage. Simultaneously, another woman (Srabanti) pretends to be Uma’s mother during her blissful moments of enjoying the auspicious Durga Puja celebrations early in April.

Anupam Roy is the music director of the film and also, the lyricist and singer of this soulful song. There are 5 other songs that will be released soon by SVF.

Uma, slated to release on 1st of June, is about a vibrant young girl named Uma who is fighting for her life, her helpless father striving hard to make his daughter’s dream come true of celebrating Durga Puja. How many hurdles and dangers would Himadri have to overcome to be able to bring a smile onto his daughter’s face?

The film is inspired from the true story of Evan Leversage, the Canadian boy suffering from cancer and for whom his village of St. George, Ontario  came together to celebrate Christmas much ahead of the actual festival.

Anupam Roy, who has previously worked with Srijit Mukherji, said “Uma is a passion project for all of us, as it has different emotions attached to it. The film is close and the songs are closer as they reveal to the audience the beautiful tale of how the journey of Uma started!”

Srijit Mukherji, director of the film, went on to say – “Anupam Roy has done a wonderful job as a music director. Hariye Jawar Gaan is the first song which forays into the audience’s mind and builds a road to prepare them for Uma’s tale.”