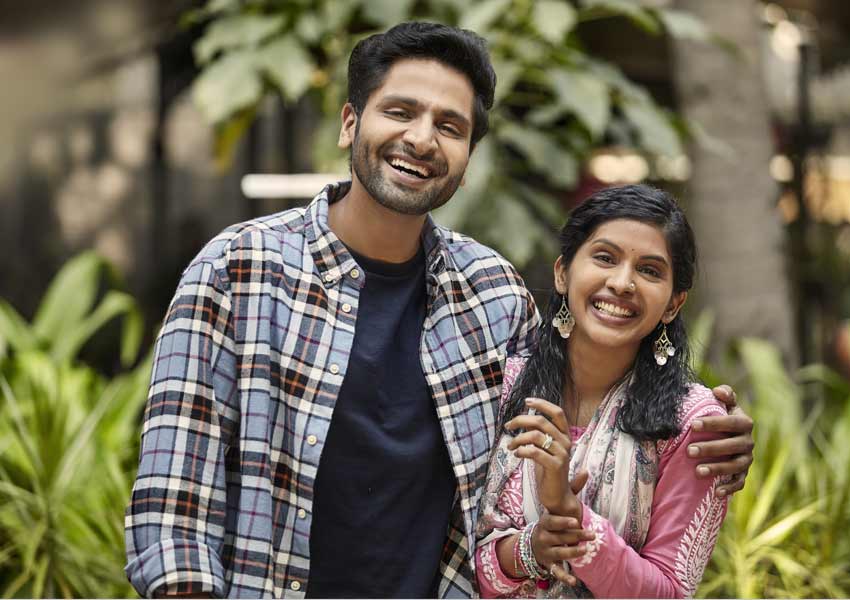 National Award winner Anjali Patil and Vaibhav Tatwawaadi began shooting for their next Romantic Hindi feature film last year in the pandemic and now they have completed the film. The National Award-winning director Makarand Mane is directing the film and Autumn Breeze Filmz is producing it.

Talking about the same lead actor Vaibhav Tatwawaadi said, “It has been a difficult journey, we started the shoot in pandemic, and finally the film is complete. It is a very happy feeling that during this course there were no untoward incidents on the sets. The entire film is completed including dubbing and we are looking forward for the release.”

He further added, “The film has a great subject line, and it is a feel-good film. I have seen the film and am sure audiences will react positively towards the film.”

Commenting on the film being completed Anjali Patil said, “It’s been a crazy journey, but I am happy the film is completed. It’s a very new-age cinema and am sure the audiences will relate to the film.”

Anjali Patil is an Indian film actress and theatre director who has earned reviews for her work in the Sri Lankan film With You Without You and Delhi in a Day, Newton, Chakravyuh. She received the National Film Award- Special Mention for the Telugu film Na Bangaaru Talli in 2013. She has appeared in various films in different languages. They include Mirzya, Meri Nimmo, Mere Pyare Prime Minister, Finding Fanny, Kill the Rapist, Apna Desh, Ente, Mann Fakira, Shree among others.

Vaibhav Tatwawaadi is an Indian actor who has made appearances in Hindi and Marathi films. These films include Shortcut, Bajirao Mastani, Cheater, Kanha, Manikarnika: The Queen of Jhansi, Tribhanga, Lipstick Under My Burkha, Hunterrr among others.