VarunDhawan and Sara Ali Khan are just so sizzling in the all new Coolie No 1 avatars! 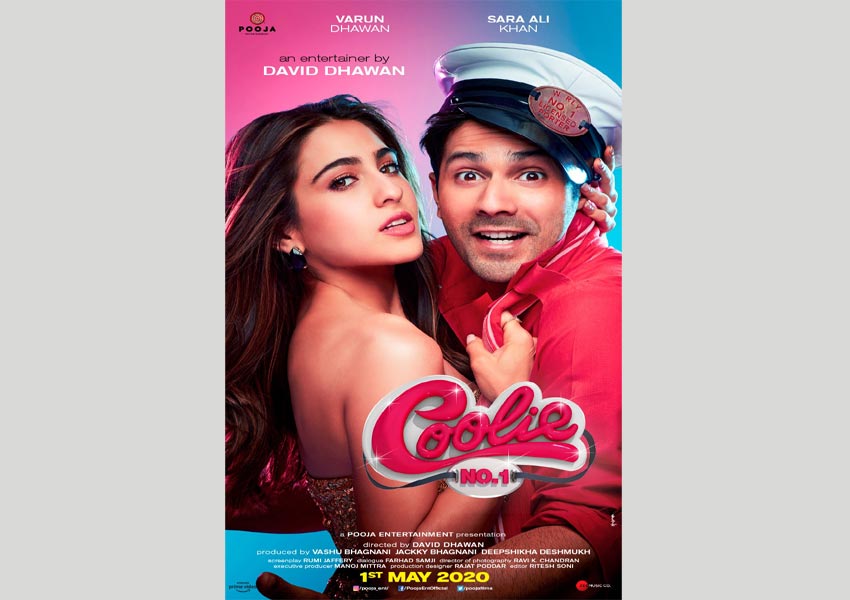 The adaptation of the cult comedy film Coolie No 1 has been in the news ever since the film got announced. The film marks the coming together of the successful jodi of director David Dhawan & producer Vashu Bhagnani who have created iconic No 1 series. This is the first time Varun Dhawan and Sara Ali Khan come together, and their pairing is most awaited by their fans as well the fans of the iconic film.

Directed by the original man David Dhawan, the Film’s first look posters definitely capture the original masti vibe, while the look and feel seems all set to rule the new age millennial hearts.

The Coolie No 1 remake will be the third collaboration between the father-son duo. They have earlier worked together in Main Tera Hero (2014) and Judwaa 2 (2017), both of which were commercially successful ventures.

Life has come around full circle for producer Vashu Bhagnani, for whom Coolie No 1 holds special significance as it was his first film.

As the original film enters its glorious 25 years, fans can only wait to see what this new film will have in store when it hits screens on May 1, 2020.

Pooja Entertainment presents, directed by David Dhawan, Coolie No 1 starring Varun Dhawan and Sara Ali Khan produced by Vashu Bhagnani, Jackky Bhagnani and Deepshikha Deshmukh, is all set to release on May 1, 2020.

Celebrate the Holiday Season on Prime with special new releases