Vh1 brings to you a very special November 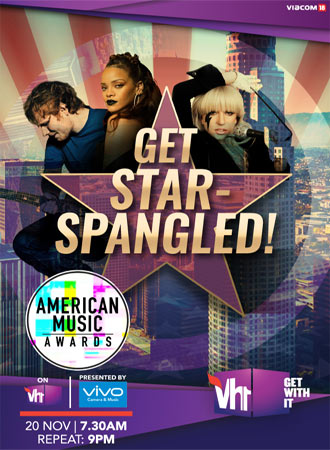 November just got extra special for all music aficionados as Vh1 is all set to treat you to an array of specially curated shows celebrating Children’s Day, Thanksgiving and pop powerhouse Ed Sheeran. Catfish continues as Vh1 welcomes the season 6 premiere, to carry on with the discovery of the reality and deceptive lies of online dating.  That’ not all! Vh1 will also telecast two of the biggest music awards on television –Europe Music Awards & American Music Awards celebrating those special voices that have made an impression in our lives and on our souls.

The biggest names in the world of music will descend upon Vh1 as it airs two of the biggest music awards on the planet! Europe Music Awards 2017 airing straight from the Queen’s land- London with our much loved host Rita Ora who is sure to add bling to the much awaited ceremony. Get a week long entertaining glimpse of all the nominated artists by tuning into Nominee Special on Vh1, 1st November onwards. That’s not all! The world’s biggest fan voted award show American Music Awards 2017 pays tribute to the year’s most influential and iconic artists, honored in multiple musical genres. The star studded evening will witness Christina Aguilera honor Whitney Houston for her iconic work as an actress along with her voice in romantic thriller- the Bodyguard amongst other splendid performances by a stellar line-up. As part of the ongoing celebrations, Vh1 is sending 2 lucky winners to London and LA to watch the awards LIVE. And for all the folks back home, Vh1 will be hosting special red carpet nights across 20 cities & screenings across 200 campuses to celebrate the awards extravaganza.

All you Ed Sheeran lovers, here’s something special! Catch a glimpse of Ed Sheeran’s phenomenal career as Vh1 brings his extraordinary journey along with artist’s record breaking hits on Sheerio Day. To add another jewel to the crown, Vh1 will showcase the artist’s mega hits spanning from The A- Team to the sensational ‘Shape of You’. Sheerio Day will be celebrated on 19th November.

For the Children’s Day Special, the channel is all set to celebrate music’s most powerful fresh faces with Vh1 21 under 21 on 14th November at 12pm. Celebrate timeless music of the legends and be grateful this Thanksgiving with Vh1’s Thank You for the Music playlist on 23rd November.

Adding to this special line up, you can also discover whether online dating is ideal or a snag by tuning into Season 6 of Catfish, premiering on 6th November, Mon-Fri at 9 pm.

Feeling pleased about the line-up for November, Hashim D’Souza, VP & Programming Head – English Entertainment Cluster, Viacom18 shares, “Vh1 places paramount importance on its viewer’s preferences to ensure they get the best of international entertainment. This month, we are airing two of the biggest award shows to guarantee that our viewers do not miss out on any excitement at all. Along with that, we are also going all out to celebrate Children’s Day and Thanksgiving in a big way. We understand the love our viewers have for their music and those who make it. As a part of the day dedicated to Ed Sheeran, Sheerio Day will acknowledge this love and give our viewers yet another opportunity to engage with their favorite artist on air.”

To add to this already extra special line-up this month, Simon Cowell, Nicole Scherzinger, Sharon Osbourne and Louis Walsh continue to look for the next musical show-stopper on X-Factor Season 14, which is ongoing this season on Vh1 every Monday and Tuesday at 10 PM.

Be a part of this extra special month filled with the best of international entertainment along with the best in class musical galas this November only on Vh1.

Tags:
Previous Article
Gurugram to host ThinkBIG 2017
Next Article
Lokmat Maharashtra’s Most Stylish Awards is back with its second edition 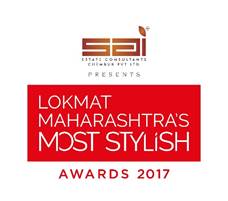