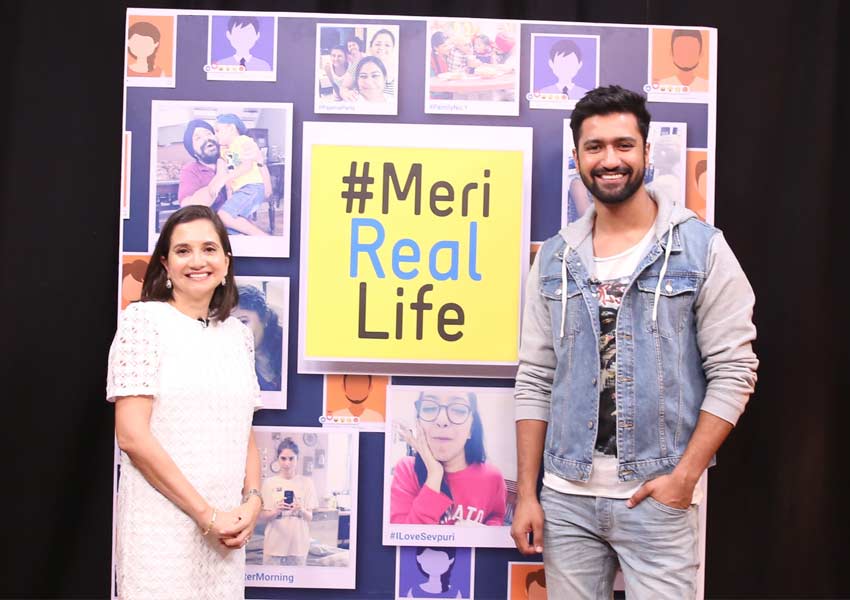 Anupama Chopra, the renowned movie critic and TV show host kicks off a new interview series #MeriRealLife, on her YouTube channel ‘Film Companion’. In her latest show she chats with talented Bollywood actor Vicky Kaushal where he shares his journey of being ‘not hero material’ to one of the most successful actors of the year. Watch the show on YouTube as it goes live today.

This latest interview series on Film Companion will feature eminent Bollywood celebrities highlighting their association with social media and how they are battling the pressure of showing only their perfect side on social media. The show intends to bring out #MeriRealLife, of Bollywood stars who are idolised by the masses and will leave them with the message of keeping it real on social media.

The interview series based on the theme #MeriRealLife has already featured another talented actor, Taapsee Pannu, and will also have Sonam Kapoor and Ayushman Khurrana in the coming weeks. The episodes of this show go live every Wednesday on ‘Film Companion’ YouTube channel and this content will also subsequently be available on Idea Movies & TV and Vodafone Play apps.

The first episode featuring Taapsee Pannu (Click here) has already received 205K views in less than a week. In her interview, Taapsee spoke about the pressure of having a real persona in today’s age of social media. She further dwelled upon how people should not be bogged down by the lure for likes and rather focus on keeping it ‘real’.

With the rising engagement of users on social media and people spending 2-4 hours / day on it, social media is bound to have a huge impact on the lives of people. Brand Idea with its #MeriRealLife campaign has been encouraging people towards ‘Responsible Use of Social Media’ and shed the pressures associated with the idea of perfection by sharing their ‘real’ and unfiltered stories on social media. The campaign has garnered more than 25.2 million video views across social media platforms and driven 10.7 k conversations amongst users sharing their stories on #MeriRealLife.