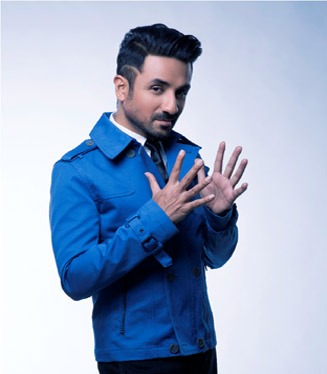 Vir Das, who is renowned for not just being the irreverent funny man in India but also taking Indian Comedy and changing its perspective on an international stage, just gave a speech at his Alma Mater. The speech was a commencement address to the class of 2018 and an acceptance speech as Knox college honoured him with an Honorary Doctorate.
Doing what he does best, Vir eased the new and nervous students by cracking a few jokes about their outfits, the college and himself. He told the students that it is very important to “be stupid” in every aspect of their lives, to have the courage to do something that society thinks is a ridiculous idea. The actor spoke about adulthood, love and owning each moment of one’s life. His speech was extremely well received with faculty members laughing and applauding at his statements and students cheering too. On talking about his speech he said, “I’m in my thirties and fully aware that I’ve got a lot to achieve before I can give a speech loaded with wisdom. So I tried to tell them something they wouldn’t normally hear. College kids today are extraordinarily smart, and are already driven towards smart choices. The way I see it, if you add one stupid thing to that universe of intelligence, life becomes a little more fun. It was an honour to speak to them and get my doctorate.”
Check out the entire speech here: https://www.youtube.com/watch?v=KnOS_CP8DbE
The actor who will soon be seen on ABC’s Whiskey Cavalier and has also signed on for two more comedy specials with Netflix.