Vishal Bhardwaj keeps his date with October 2nd week for his next! 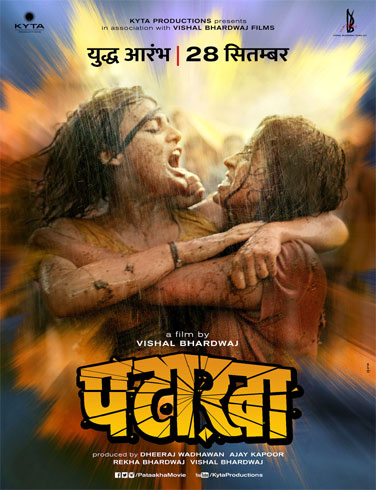 Vishal Bhardwaj’s next, Pataakha, a comedy-drama, with Sanya Malhotra, Radhika Madan and Sunil Grover in the lead, will release on September 28. Based on Charan Singh Pathik’s short story, Do Behnein, it revolves around two sisters, Badki and Chhutki who grow up in a small village in Rajasthan and are constantly at war but when marriage separates them, they realise they can’t seem to live with or without each other.

Says Vishal Bhardwaj, “The first half is complete, we have just 12 days of shoot left and leave for Mount Abu on June 29 for the final schedule,”. He further adds that they fixed onSeptember 28 as the week has been lucky for him and both Haider and Talvar had opened on October 2.

Producer Ajay Kapoor says that he has wanted to be associated with Vishal Bhardwaj for a long time. “He’s a big brand and I love his cinema. And when I heard the script from him, I fell in love with it. This is a different genre,” he adds.