Waheeda Rehman returns to Udaipur after 54 years for Desert Dolphin 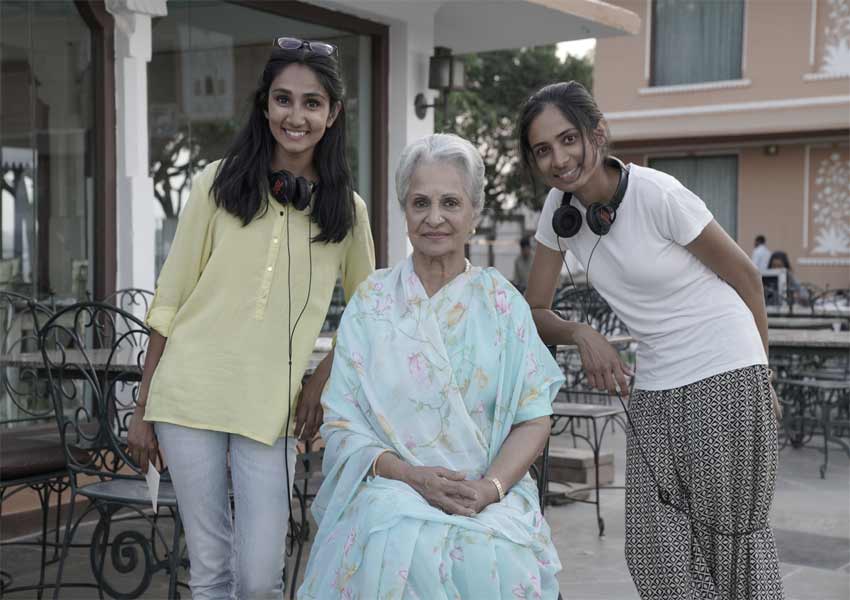 After a long break, legendary actress Waheeda Rehman will be seen in Manjari Makijany’s international skateboarding feature film, Desert Dolphin. Manjari is Mac Mohan’s daughter and this will mark the L.A based director’s directorial debut.

The film is set in the rustic village of Khempur near Udaipur, Rajasthan, where the filmmakers have built one of India’s largest skateparks. Interestingly, Waheeda Rehman hadn’t returned to Udaipur since she shot Guide.

She was nostalgic about shooting in Udaipur again and said, “I’ve come to Udaipur after a very long time. I was last here when we were shooting for the movie, Guide and we had stayed at the Lake Palace Hotel. I was pleasantly surprised when the filmmakers organized a memorable trip to the Palace where I could relive those memories.”

When asked how she got on board this independent project, Waheeda ji said, “I never think of project as big or small. From the very beginning, I wanted to and have been experimenting. But in my 60 years of career, I have never said yes to a project so quickly. Before this, I hadn’t heard much about skateboarding or seen a skatepark in India. But, when I heard the story of the film and its unique concept, I felt so inspired that I immediately agreed to do the film.”

“To my knowledge, this is also the first time in my career that I have worked with a female director,” adds Waheeda Rehman.

The L.A based Executive Producer, Michael P., said it was an honor to have her on board, “She’s immensely talented and a true champion of women equality both on-screen off-screen. She’s brought something special to this film.”

Producer, Emmanuel P. of Skatepark Films told us Waheeda ji believed in the deeper intention of the story. He adds, “It was such a relief when she said yes because we were trying to connect with her for a while and knew going in that she usually doesn’t say yes to projects easily.”

Vinati, the co-writer and Producer, Mac Productions (named after their father Mac Mohan) says, “Putting this film together has been a challenging, transformative and inspiring process for me. Just by observing Wajeeda ji at work was like attending a mini film school. She strikes the perfect work life balance.”

The Makijany sisters extensively researched the growing skate culture in India and co-wrote the screenplay. They hope to inspire the youth with this coming-of-age story where Prerna, a teenage girl finds freedom on the skateboard while Jessica an NRI, played by Amrit Maghera, finds purpose when she builds Rajasthan’s first skatepark for the local community. The film is set to release in 2020.