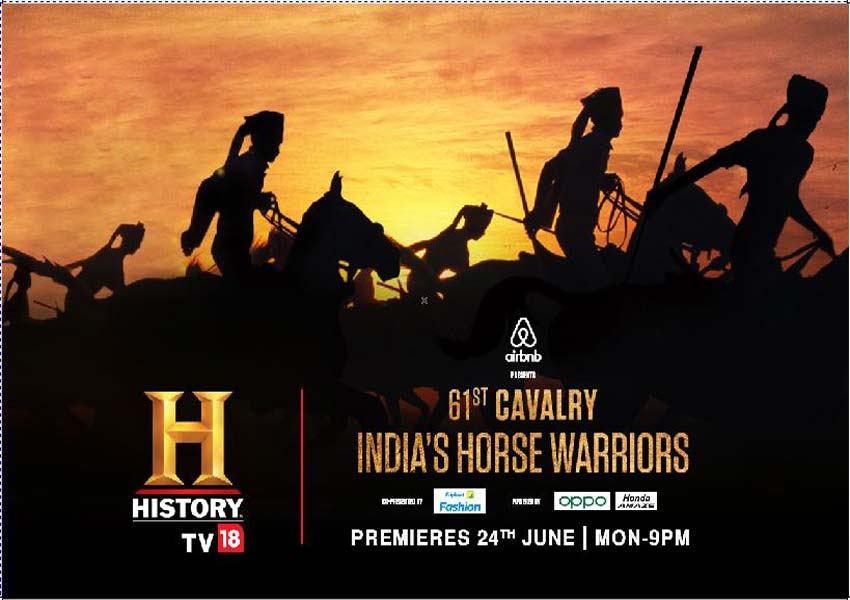 On the bloodied battlefields of the First World War, Indian Lancers under the British flag fought German and Ottoman-Turkish forces in the Middle-East. Here, on September 23rd, in a daring cavalry charge during the Battle of Haifa, Indian Lancers liberated the strategic port-town, now in Israel. It was their finest hour. The documentary recreates the horseback action to dramatic effect, with facts and expert accounts of what transpired. The inspirational true story has been passed down generations of cavalrymen. The battle remains a glorious part of India’s military history and is commemorated in New Delhi’s Teen Murti Haifa Chowk, which has three life-size statues of Lancers from India’s Princely States. In 2018 Indian PM Narendra Modi and Israeli PM Benjamin Netanyahu paid tribute at the landmark to honour the Indian soldiers.

Over the years, the cavalry units of India’s erstwhile Princely States were amalgamated into an illustrious India Army regiment – the 61st Cavalry. Headquartered in Jaipur, Rajasthan, the 61st Cavalry today earns laurels for India in the field of equestrian sport. It takes intense and specialized training to turn new recruits into expert riders of the regiment. The documentary follows the intensive 32-week training that sawar-recruits undergo. The show also takes viewers to the Equine Breeding Stud (EBS), Babugarh for a behind-the-scenes look at how Army horses are bred and thereafter, how the colts are trained at Remount Training School, Hempur (Uttarakhand). Officers of the Cavalry provide insights into the techniques used to train both man and horse.

The show ends on a high, with the grand commemoration parade and centenary celebrations of the Battle of Haifa, presided over by the Chief of Army Staff, Gen Bipin Rawat, who is also Colonel of the Regiment. Bearing the insignia of the double-headed eagle with pride, two hundred men on steeds gallop their way into the regimental grounds, to honour the heroism of their forebears.

Avinash Kaul, Managing Director A+E Networks | TV18 and Chief Executive Officer- Network18 said “61st Cavalry – India’s Horse Warriors is yet another example of our commitment to showcase inspiring stories of valour and sacrifice of our armed forces.  Shows such as these, with their new-age storytelling and stellar production values, have clearly established HISTORY TV18 as the leader in Factual Entertainment in India.”

Tags:
Previous Article
Javed Jaffrey doubles up the fun for MX Player’s ‘Only For Singles’
Next Article
This June, FYI TV18 airs ‘Travel Man: 48 Hours In’