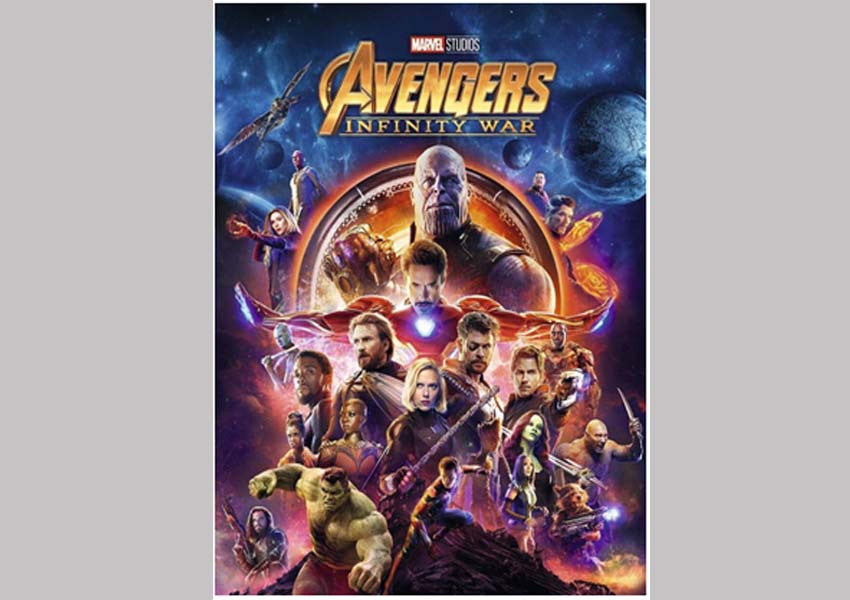 The biggest blockbuster English movie channel to premiere Marvel Studios’ Avengers: Infinity War on 24th March at 1PM and 9 PM – the perfect time to sit back and prepare for the Endgame.

Heroes never give up, Heroes never lose hope. To stop the mad titan from getting his hands on the 6 Infinity stones and destroying not just our world, but all worlds – for the first time ever in Marvel Cinematic Universe – 22 Super Heroes from the Marvel Cinematic Universe will unite. With something so grand, it also features a lot of unique moments that will give every single Marvel fan goosebumps – be it Robert Downey Jr.’s Tony Stark firing up the Bleeding Edge armour, which emerges across his body from a new arc reactor and includes “wings” on the back or Tom Holland as Peter Parker finally donning the Iron Spider armour which was initially offered to him by Tony Stark at the end of Spiderman: Homecoming.

Chadwick Boseman’s Black Panther has opened Wakanda to the rest of the world – now it will become the front line of a battle to save the universe. Sebastian Stan’s rehabilitated assassin Winter Soldier now goes by WhiteWolf.And in an all new avatar, wearing vibranium shield gauntlets Captain America will be leading the assault from the front. Empire magazine was right when they said ‘However prepared you feel, you are not ready for Thanos. But then, neither are our heroes’.

When faced with such odds, our Super Heroes need all the help they can garner – and Star Movies in their marketing campaign is asking all of India to share a superpower they need to become an Avenger and to share how they will use it to fight evil – so if you have an idea, a sketch, a drawing, etc. share it on social media to @StarMoviesIndia with #AvengersInfinityWaronStarMovies. Some of the best entries will be aired on Star Movies during the premiere of Avengers: Infinity War and featured on social media. Winners also stand a chance to win tickets to the first day screening of Marvel Studios’ Avengers: Endgame – the most anticipated movie of the year and also win exclusive Marvel® merchandise.

The grandest stage is set for an ultimate Avengers battleground exclusively on Star Movies and Star Movies Select HD on March 24th at 1pm and 9pm.