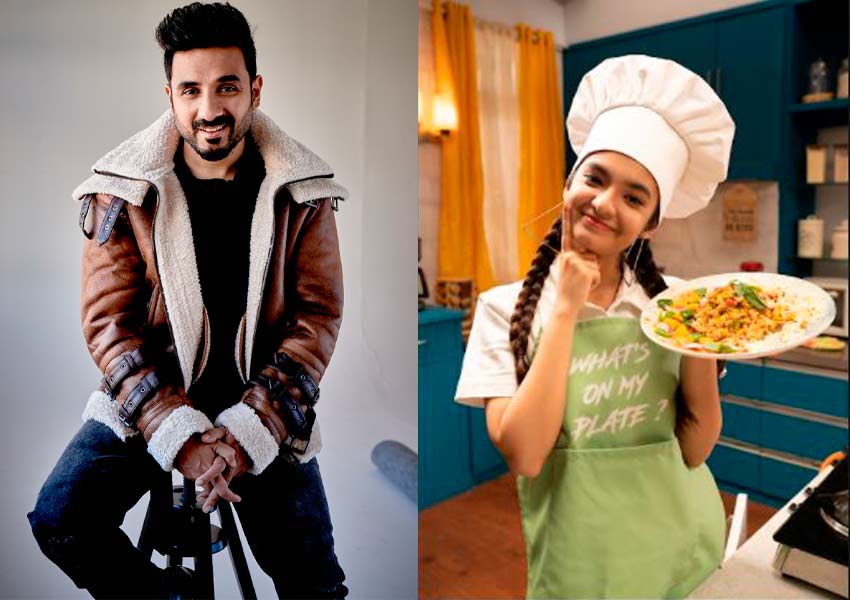 Snapchat announced the launch of its first local and original Indian Creator Shows – What’s On My Plate and Vir Das – The Most Epic Max Show. The shows will be produced by Qyuki and Weirdass Comedy featuring the leading television actress Anushka Sen and the rib-tickling comedian Vir Das.

In “What’s On My Plate”, Snapchatters follow Anushka in the kitchen where she makes some of her favorite dishes with a twist. Whilst taking on a series of cooking challenges set by her ‘Food Wheel’ Snapchat Lens. The weekly series premieres June 19 with new episodes coming out every Saturday and will feature special appearances from Anushka’s family and friends who sample and rate her food creations.

In “Vir Das – The Most Epic Max Show”, he will take on seemingly impossible and new challenges by pushing his boundaries and trying different things. Each challenge is either ‘Epic’ or a complete ‘Fail’, but either way, Vir makes it a fun learning experience. The weekly series premieres June 24 with episodes coming out every Thursday and each episode will give viewers a glimpse of the real Vir and a sneak peek into his life and friends.

“Shows on Snapchat are designed to both inform and entertain: created to reflect and celebrate the diverse voices, experiences and passions of the global community of Snapchatters. Snap’s unique original programming is locally nuanced for the Indian viewers. We’re thrilled to launch these two new Creator shows – each one a window into the lives of some of India’s most popular creators. ” said Vanessa Guthrie, Head of Snap Originals.

“During lockdown, I took up cooking as a hobby and discovered that I was actually pretty good at it! When I was sharing recipes and dishes with my followers, the reception was so positive and so I thought a cooking show would be really fun,” said Anushka Sen on What’s On My Plate, “Every week I’ll be challenging myself to cook dishes we all know and love, but with a twist. My show is so different from anything I’ve done before, so I hope Snapchatters have as much fun watching as I did filming!”

“While the past year was extremely challenging, with being stuck at home for long periods of time, the one thing that the pandemic gave me was time. Time to recharge, rethink and revisit some of the things I had only thought of but never had the time to actually DO. While in lockdown, I had to find unique ways to entertain my audience and most importantly, myself. This show is just one of the ways I managed to do that. Through the course of this show, I take up tasks that are seemingly impossible, a little bit ridiculous and according to my friends, an absolute waste of time. It’s my mission to prove them wrong by just innovating a little, and having fun! I hope that Snap audiences across the country enjoy these light moments of fun as much as I enjoyed making them happen!” said Vir Das