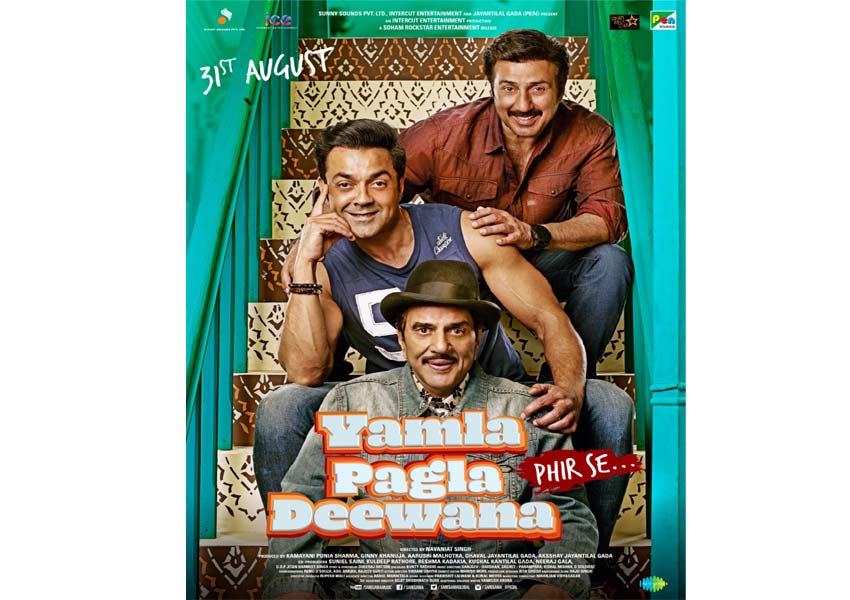 Known for their undying legacy and values, the Deols are all set to strike yet another chord with their upcoming comedy-flick Yamla Pagla Deewana Phir Se. Directed by Navaniat Singh, the film stars Dharam Ji, Sunny Deol, Bobby Deol alongside the gorgeous Kirti Khabanda in lead roles. The third installment of the popular franchise is set to hit cinemas on 31st August.

Not to our surprise, coming from the Deols, the film is flooded with hilarious punch lines and masala-daar dialogues. It also has beautifully recreated the ‘Mausi-scene’ from the cult classic Sholay and the trailer might just have already given you a glimpse for sure!

DharamJi, recently shared a beautiful nostalgia that struck to him while shooting the scene for Yamla Pagla Deewana Phir S. Talking about the same he said, “I remember the tank on which I was tottering was high and I improvised on the dialogue by adding a ‘ji’ to ‘mausi’ when asking for Basanti’s hand as I was putting maska on her. Every character in that film is unforgettable. Shah Rukh (Khan) told me once, “Paaji, iss scene ko toh industry ka national anthem bana dena chahiye.”

With such interesting anecdotes coming in, we’re sure to reminisce over our childhood memories of watching Sholay and relive that ‘Mausi-Veeru’s’ nok-jhok from the film.