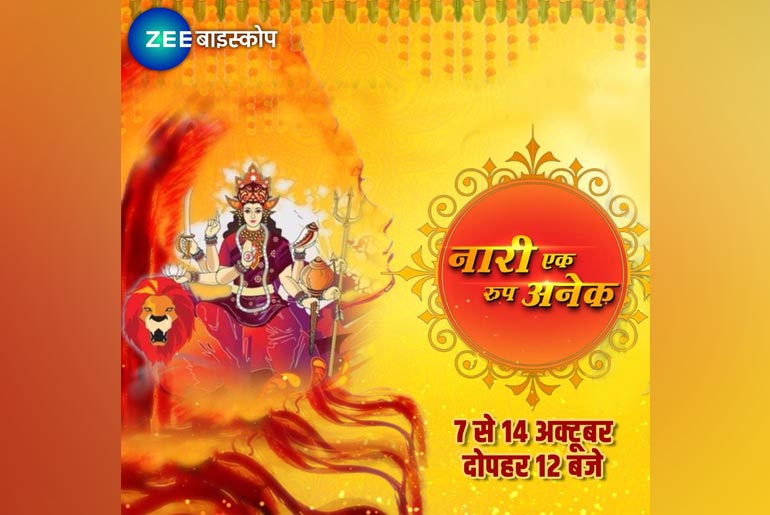 The exuberant festival of Navratri brings with it a pinnacle of festivities that rejuvenates the emotions of the region not just through religious rituals but also through the fervour of spending it together with friends & family. Navratri signifies worshipping the Mother Goddess in her nine manifestations. It symbolizes the true underlying power that a woman possesses – the strength that we revere as Shakti: another name of Maa Durga. In one form, she is an ideal daughter, in the other is a loving wife, a caring mother, a ferocious warrior who protects her family and the world at large from the odds of evil. Her being is an essential cog in the wheel of our existence. Deeply rooted in our culture, this festival welcomes women power in its many forms. Rejoicing the spirit of womanhood, ZEE Biskope presents a festive fiesta that adores a woman’s strength, beauty, kindness and much more through “Naari Ek Roop Anek”. The festival from October 7-14 will screen eight female-fronted Bhojpuri films in the 12-noon band. The curtain falls on Dussehra with the ZEE Biskope Premiere of Bhojpuri Blockbuster Sabse Bada Mujrim on 15 Oct at 6 pm.

Enthralling its audience with a special movie line-up, Naari Ek Roop Anek will kick-start with ‘Ghulami’ which features superstar Nirahua, Madhu Sharma & Shubhi Sharma. The blockbuster not only showcases how SP Arjun Singh, played by Nirahua, fights against the malicious but also depicts the journey of two brave ladies —Inspector Kiran played by Shubhi and Damini played by Madhu who depicted women as equal contributors, leading hand-in-hand with Nirahua against the evil forces. This will be followed by ‘Balamua Tohre Khatir’ starring Pawan Singh & Khyati in prominent roles where the latter impresses viewers with her powerful performance of a woman who shows prowess in strength taking a stand against an evil minded man and defeating him. The next day will see, Khesari Lal Yadav & Kajal Raghwani entertain the audience with ‘Dulhin Ganga Par Ke’, the heartfelt story of a woman’s motherhood where her affinity and selfless love for her child in beautifully portrayed. Delighting viewers to their heart’s content, ‘Sajan Chale Sasural 2’ featuring Khesari Lal Yadav & Smriti Sinha, showcases how Rani (Smriti) challenges patriarchy and refuses to kneel, leaving her career behind after marriage. Ghoonghat Me Ghotala starring Parvesh Lal Yadav, Mani & Richa is centred on the soul of a woman who is seeking revenge from her lover. The audience will soak in the fathoms of love with the movie ‘Mohabbat’. The romantic blockbuster features Chintu Pandey and Kajal Yadav where she professed her never-ending faith on her partner. The eighth day will feature Khoon Bhari Hamar Maang, starring Pakhi Hegde & Khesari Lal Yadav. Pakhi along with two of her female companions demonstrated the raging avatar of a woman to fight the sinful.  Wrapping up the movie festival on the nineth day, Amprapali Dubey and Manoj Tiger will enthrall the audience with Lagal Raha Batasha at 12 noon on October 14. The love story depicts Amrapali’s turn of emotions and her dedication for the pursuant Batasha.

Well, things don’t end here. Taking the festive mood a notch higher, ZEE Biskope Premiere Sabse Bada Mujrim will be aired on October 15 at 6 pm. The power-packed blockbuster starring Rahul Roy & Kajal Raghwani, will mark an entertaining Dussehra for all the film aficionados out there.

Speaking on this initiative, Samrat Ghosh, Cluster Head, East, Zee Entertainment Enterprises Limited (ZEEL) said, “The core philosophy of ZEE Biskope is to curate its content line-up that reverberates the topical essence of the region. With the pandemic environment getting better, advertisers are looking at deeper engagement and purposeful association for their brands. ZEE Biskope has been successful to provide the same through its topical, thematic and consumer centric initiatives on as well as off air. This is yet another opportunity that allows brands to target their audience through regular advertising to associations/ sponsorships to innovative integrations across various content offerings of the channel. Through the Navratri celebrations, we will continue to steer the same value-driven approach in serving our viewers.”

Amarpreet Singh Saini, Sr. Vice President – Bhojpuri Cluster, added, “The consumer today is seeking much deeper connect and excitement from his/her entertainment as the environment is more stressed than earlier. Thus, to satiate this need we are bringing more offerings that cushions their entertainment quotient and caters to their moods & sensibilities. As the festival demands, the content block will be a fitting tribute to our women audience who are a true and admirable epithet of devotion, courage and strength. I wish all our viewers a Happy & Safe Navratri.” 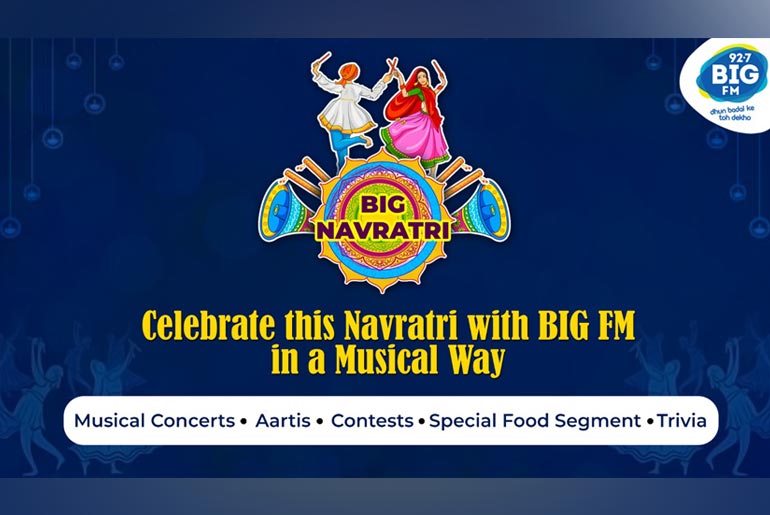 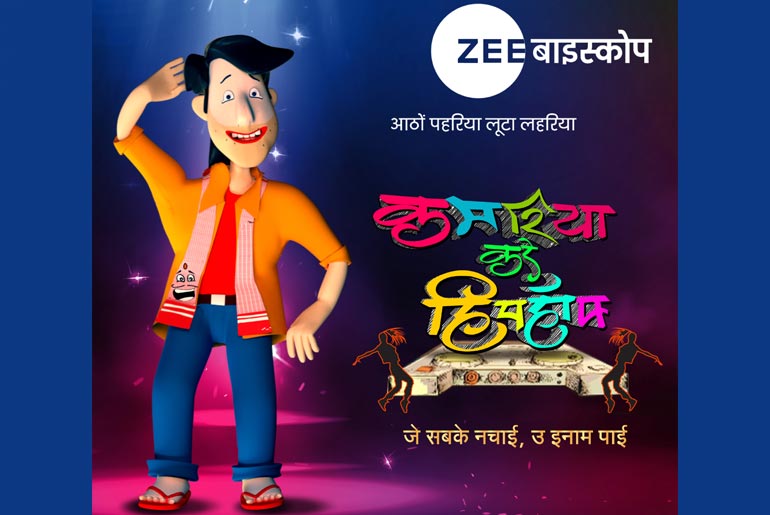