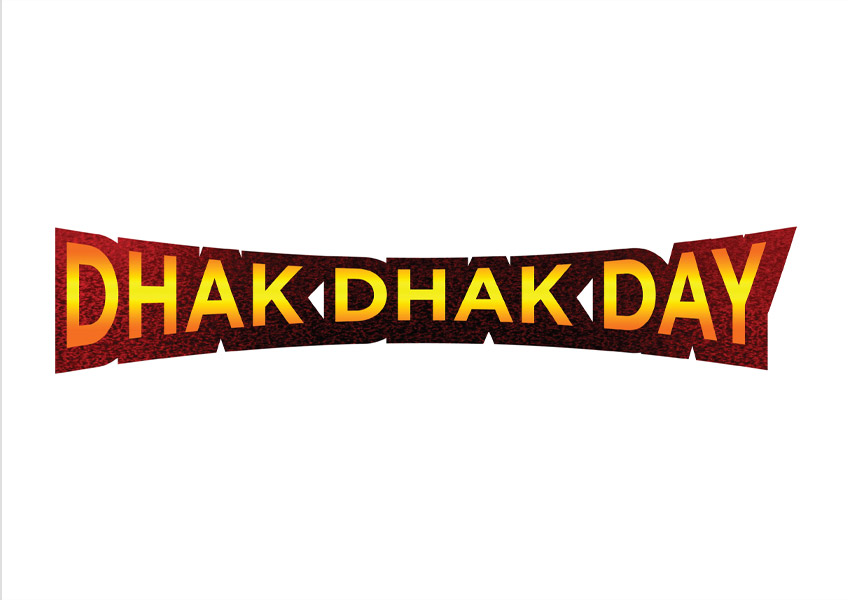 ‘Dhak Dhak Karne Laga’ This is the exact feeling that one experiences when they see Bollywood’s 101% Shuddh Dhak Dhak girl – Madhuri Dixit. One of the most revered and loved actors in B-town, Madhuri, a star like none other makes our hearts skip a beat even today. Having starred in over 100 films, the evergreen diva time and again has proved her acting prowess with 101% shuddh entertainers like Beta, Khalnayak, Ram Lakhan and many more. Be it her powerful performances, or her impeccable dancing skills or her infectious smile, everything about this ‘Dhak Dhak girl’ is just perfect!

This 15th May, as the dancing beauty steps into another exciting year of her life, Zee Bollywood – 101% Shuddh Bollywood channel will have a day-long movie festival called ‘Dhak Dhak day’ to celebrate her birthday.

Next in line at 3pm is the romantic film ‘Aarzoo’ that also features Akshay Kumar and Saif Ali Khan. The film follows the life of Pooja who marries her childhood friend Amar after her fiancé Vijay who is believed to be dead. But, her life takes a U-turn with Vijay’s return. Airing at 6 pm will be Subhash Ghai’s blockbuster crime thriller ‘Khalnayak’ that stars Sanjay Dutt and Jackie Shroff. The story revolves around the escape and attempted capture of terrorist criminal Ballu by inspector Ram. Last but not the least is the 101% Shuddh blockbuster film ‘Ram Lakhan’ at 9pm. Considered as a classic, it’s the story of two brothers who part ways due to their ideological differences, but how they come to each other’s rescue as the story unfolds. Madhuri and Anil Kapoor’s chemistry in this film was the most loved and is considered as one of their memorable films.Kickstarting the ‘Dhak Dhak day’ on a high note will be the 101% Shuddh romantic film ‘Dil’ at 9 am. Starring Aamir Khan along with Madhuri Dixit, the movie showcases how an innocent love story of two individuals is wrecked by the egos of their prejudiced fathers. Second in line is the 101% Shuddh drama film ‘Beta’ at 12 pm that also features Anil Kapoor and Arun Irani. The movie’s soundtrack was quite well appreciated especially the song ‘Dhak Dhak Karne Laga’. In fact, Madhuri received the nick name of ‘Dhak Dhak girl’ because of her spectacular dance performance on this iconic song.