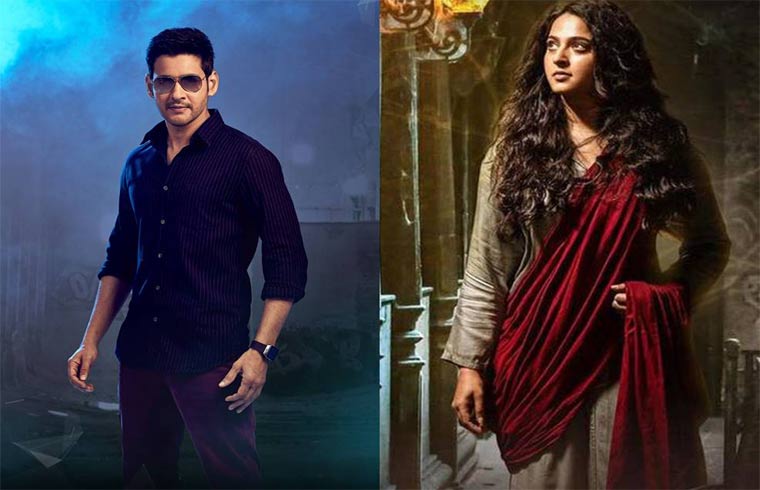 Zee Cinema is proud to announce that on popular demand, South superstars Mahesh Bahu and Anushka Shetty have teamed up to offer their fans a week filled with blockbuster entertainment. Owing to the overwhelming response received for the premieres, Zee Cinema, is all set to showcase Anushka Shetty’s horror thriller Bhaagamathie on Wednesday, 11th July at 9pm and Mahesh Babu’s spy thriller Spyder on Friday 13th July at 8pm.
The movies which saw phenomenal success on big screen were also enjoyed by audiences even more during their World Television Premiere on Zee Cinema. A.R. Murugadoss’ Spyder that features Mahesh Babu along with Rakul Preet Singh and S.J. Suryah in lead roles was the highest rated Hindi movie in Week 25. On the other hand, the ₹100crore film Bhaagamathie is a trilingual movie directed by the talented G. Ashok and boasts of a stellar star-cast including Anushka Shetty, Murali Sharma, Prabhas Sreenu, Unni Mukundan, Jayaram and Asha Sarath. Full of mind blowing chilling moments, the movie is a perfect blend of deceit, revenge, drama, politics and action.
Bhaagamathie boasts of a unique narrative aided by an impressive screenplay with spine-chilling situations, elements of a thriller, unexpected twists and turns and a background score that propels the momentum further. Spyder on the other hand traces the life of an intelligence officer who has to fight and save his city from the antagonist who is a psychotic serial killer. The movie also flaunts excellent visuals, beautifully shot songs and larger-than-life action sequences.
Are you ready for your weeknight entertainment to be multifold?
Watch the repeat telecast of Bhaagamathie on Wednesday, 11th July at 9pm and Spyder on Friday 13th July at 8pm only on Zee Cinema