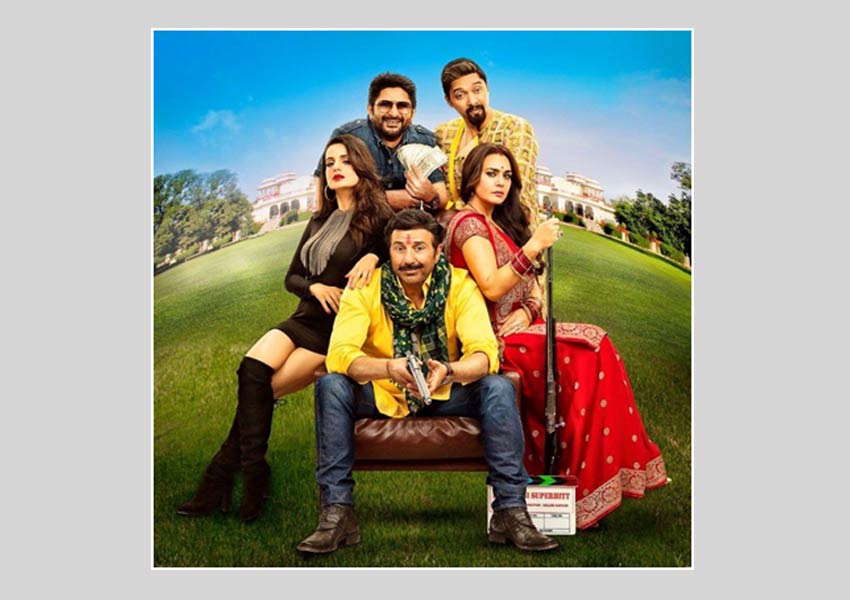 With witty dialogues, impressive punch lines and laugh-out-loud moments, Neerraj Pathak’s Bhaiaji Superhit is an action comedy that features an ensemble cast of Preity Zinta, Ameesha Patel, Pankaj Tripathi along with the Golmaal gang – Arshad Warsi, Shreyas Talpade and Sudhir Mishra who will tickle the audiences’ funny bone. The movie is all set to premiere this Christmas on Tuesday, 25th December at 12 noon only on Zee Cinema.

Bringing another comic caper after the success of Yamla Pagla Deewana 2 & Poster Boys, Sunny Deol shared, “The decision to take up the movie was basis my instinct. I have acted in comedy movies previously, but this was quite an experience. I truly feel that the role I play in Bhaiaji Superhit is almost on the lines of the roles I used to play in the 90’s – where men are vendetta-driven and love to stomp feet, flex biceps, uproot water pumps and roar like lions. Bollywood doesn’t make such movies anymore and hence it becomes really important for today’s millennials to watch movies like this. I am so happy that the movie is premiering on Zee Cinema as they now have a chance to watch it.”

Don Lal Bhaisahab Dubeya.k.a 3D (Sunny Deol) is considered to be Varanasi’s most feared crime lord. Competing for the same title is another crook Helicopter Mishra (Jaideep Ahlawat), who has his heart set on defeating Bhaisahab and winning the title. 3D on the other hand is madly in love with his wife Sapna Dubey (PreityZinta), who leaves him in a fit of jealousy, thus turning him into a wreck. Affected by the sudden chain of mishaps, he dreams of seeing himself on the big screen and hires a crafty Bollywood director Goldie Kapoor (ArshadWarsi), a meek writer Tarun Porno Ghosh (Shreyas Talpade) and the hot superstar Mallika (Ameesha Patel) to make the film titled ‘Bhaiaji Superhit’. As the story progresses, the audience will be treated to some action and funny moments as Bhaiaji grapples with situations and hurdles while starring in the movie and at the same time trying to win his wife back.

The movie marks the comeback of actress Preity Zinta, who will be seen paying a tribute to the legendary actress Mumtaz, who she closely resembles. For the song Om Namah Shivay, Zinta dawns the look of Mumtaz’s widely celebrated track, Jai Jai Shiv Shankar. Speaking on her role Preity Zinta says, “When I started my career, filmmakers often told me that I resemble Mumtazji, and there couldn’t be a better tribute I could have paid to her than this song.”