Zee Cinema is all set to premiere Dhadak on 30th September 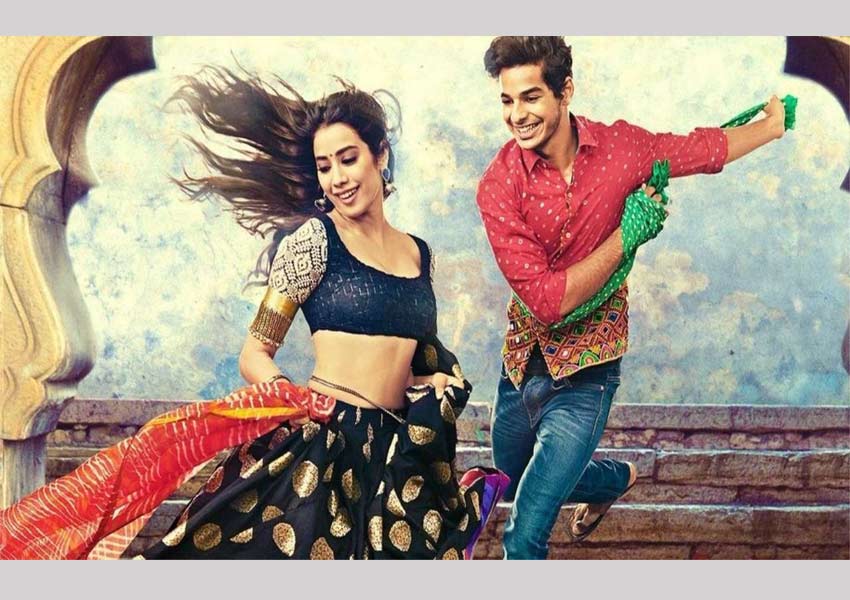 Zee Cinema is all set to showcase theWorld TV Premiere of ‘Dhadak’ on Sunday, 30th September at 9pm. Directed by Shashank Khaitan and produced by Karan Johar’s Dharma Productions, the movie stars Ishaan Khatter and debutant Janhvi Kapoor in lead roles, along with Ashutosh Rana, Ankit Bisht, Shridhar Watsar in supporting roles. Dhadak is a unique love saga that highlights the innocence of heart when in love, how it doesn’t think, nor does it make any calculative moves, it just beats. The movie boasts of realism and depth, giving us a perspective of the deep rooted prejudices in our society.

The show stealer is Ishaan’s personality full of energy and zest balancing his performance with the cool confidence of a seasoned actor. His perfection in dramatic scenes and his puppy eyes keep the innocence of this love story alive. Janhvi entices the audience with her radiant and beautiful looks. Shridhar Watsar, who plays Inshaan’s vertically challenged friend, is a laugh riot, and Ashutosh Rana as the menacing father and political figure is perfectly intense. The music of the film composed by the duo Ajay-Atul, sung by ShreyaGhoshal and Ajay Gogavale became an instant hit with the masses with songs like ‘Zingaat’, ‘PehliBaar’, ‘Vaara Re’ and last but not the least the romantic anthem, the title track  ‘Dhadak’.

Speaking on the World TV Premiere of Dhadak, Janhvi Kapoor says, “I received a lot of positive energy while shooting for the film and even when it released. The movie was more of a personal journey for me and so I wanted to share it with everyone. Being my first movie, I not only learnt how to feel like the character of Parthavi, but also picked up a few tricks how to best express the role on screen. Dhadak will always be a movie that is close to my heart and I will treasure every minute detail for a long time.”

Ishaan Khatter who essays the role of Madhu added, “The movie changed my life and introduced me to some very special people. I want to be a part of good films and Dhadak was a great film to have been associated with. As the movie now premieres on Zee Cinema, I am eager to know what will the audience who haven’t been able to watch the film say about it.”

Parthavi (Janhvi Kapoor) and Madhu (Ishaan Khatter) are college-mates in the throes of young love in the picturesque city of Udaipur. He is the son of a small-time restaurateur and she is the daughter of a local politician. They meet on the sly, tease each other and whisper sweet nothings on the banks of the PichholaLake. But when her family finds out, the dream shatters, and the beauty of love gives way to harsh reality. The duo dodge the many obstacles and elope to a new city to start a new life.

In Udaipur, their love was a many-splendored thing, full of possibilities. But in Mumbai and later Kolkata, as they fend for themselves, they find that togetherness doesn’t always bring happiness. Will this love story end in a happily-ever-after?

Watch the World Television Premiere of Dhadak this Sunday, 30th September at 9pm on Zee Cinema.