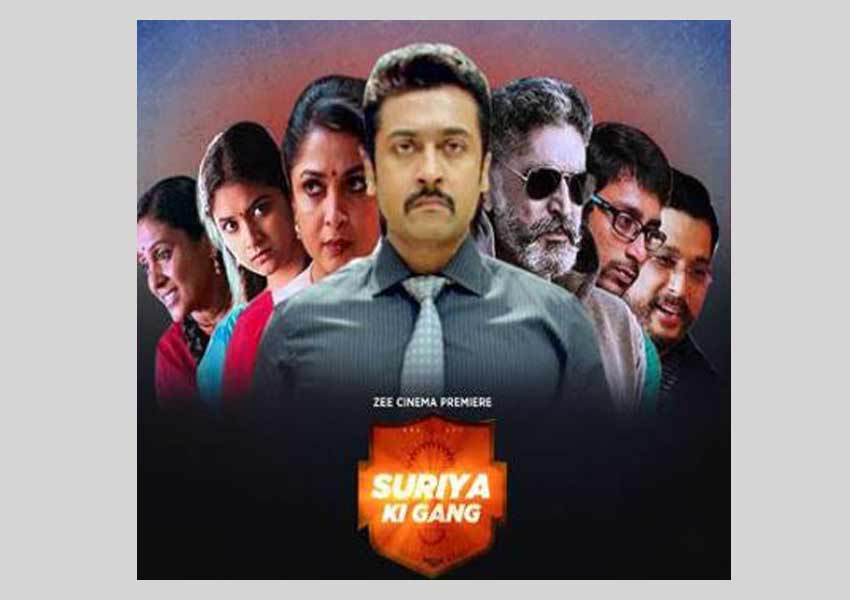 Adapted from Akshay Kumar’s Special 26 and with stark similarities to Ajay Devgn’s Raid, Suriya Ki Gang (ThaanaaSerndhaKoottam in Tamil) boasts of a strong script, well etched out characters and power packed performances. Zee Cinema, Home Of Blockbusters is all set to premiere this crackling entertainer on Saturday, 3rd November at 9pm. Directed by VigneshShivan, the movie features Suriya in the lead role along with Ramya Krishnan, Karthik and Suresh Chandra Menon in pivotal roles. The movie revolves around a young man angered by the corruption that stopped him from becoming a CBI officer and later forms a gang that raids the corrupt.

South superstar Suriya’s 35th film, the movie grossed over 100 crores worldwide and is one of the top south superhits of 2018. Inspired from a real-life incident, the movie oozes of all the elements of an entertaining potboiler – a strong plot of a heist, a fight against corruption, fun cheeky dialogues, choreographed action stunts, an ambitious man striving to make it big, several points of conflict replete with twists and turns and much more.

The film revolves around Nachiket (Suriya) who aspires to work in the CBI, but his dream is shattered by a corrupt officer (Suresh Menon). Soon Suriya assembles a team of people (Ramya Krishnan, Senthil, Sathyan and Shivashankar) who have been thwarted by the system. With an intention to provide everyone with an equal and deserving opportunity, they set out to rob the corrupt wealthy people of their riches. They start conducting heists by posing as CBI and income tax officers. This way they expose the corrupt officers and help reform society. Each with a strong motive to be a part of the gang, they ultimately plan a raid that will change their lives forever.

Will the real CBI succeed in foiling the heist? What will eventually happen to Suriya Ki Gang?