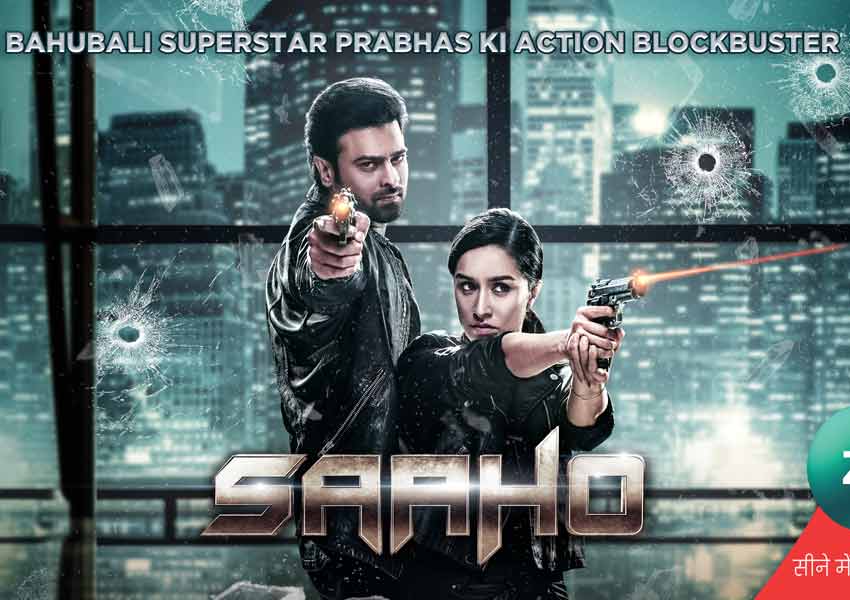 All set to up the ‘JOSH’ this Republic Day is the World Television Premiere of the biggest action blockbuster of the year ‘Saaho’. Directed by Sujeeth, Saaho showcases a power struggle amongst the crime lords to rule over the underworld. This action entertainer gives the audience an opportunity to see the Bahubali superstar Prabhas step away from his royal prince avatar to don the role of a swanky undercover agent. With a gripping storyline and hair-raising action sequences, this movie marks the debut of Prabhas in Bollywood opposite the stunning Shraddha Kapoor. The movie also features Chunky Pandey, Neil Nitin Mukesh and Jackie Shroff in crucial roles. So, this Sunday, get ready to witness the ultimate battle between the underworld and police with the biggest action thriller of the year ‘Saaho’ at 8 pm only on Zee Cinema.

Commenting on the action sequences in the film, Prabhas said, “While the action element is high in Saaho, the movie is more about doing it with style. We set the bar high as a target and wanted to achieve it with the level of action scenes and VFX. While Hollywood has done it many times in the past, we wanted to be the first to do it for an Indian audience. So, we made a film that is new and technologically advanced and I hope that the audience watches and loves the movie when it premieres on Zee Cinema.”

Elaborating on her experience in Saaho, Shraddha Kapoor said, “Saaho is my biggest grosser till date and I am cherishing every bit of it. I feel like I am on top of the world as all our hardwork paid off. My experience of working with team Saaho was great and a memorable one.  It was an honor for me to work in this film as it was my first multi-lingual film and I am glad I was chosen for it. I am really excited about how it’s going to reach a larger audience through the World Television Premiere on Zee Cinema. Hope everybody enjoys it.”

Watch the World Television Premiere of the blockbuster action movie of the year ‘Saaho’ this Republic Day at 8pm only on Zee Cinema!