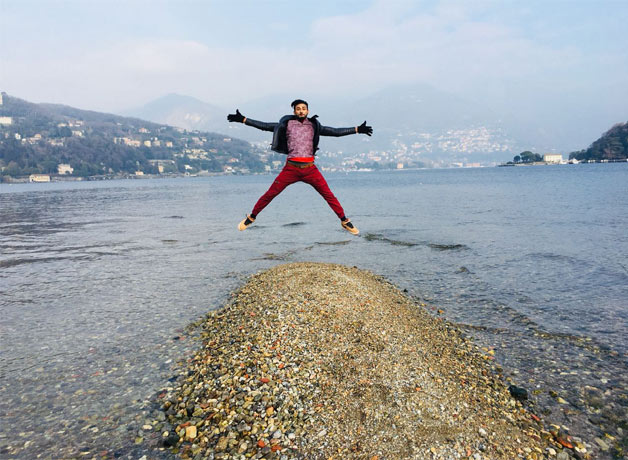 Zee Kannada, leading Kannada General Entertainment Channel (GEC) in Karnataka, goes abroad with Vidya Vinayaka. The recently launched fictional show that gained high popularity amongst its viewers has jumped leaps and bounds, all the way across the world to Italy for the next phase of Vidya and Vinayaka’s life together.

The two characters with contrasting personalities strangely end up tying the knot due to a set of unusual circumstances. The unsettled Vidya, with the strong multi-faceted character that Vinayaka is, both find it utterly difficult to accept themselves as a couple. As loving families are commonly known to stepping-in during hardships, theirs interfered to help enhance their relationship by flying them to Italy as an excuse for their honeymoon.

Indian regional television is always inclined to giving their audience a taste of the world; his is the very first time a Kannada general entertainment channel is shooting in the magnificent landscapes of Italy. Vidya Vinayaka is creating a whole lot of ‘firsts’, with a guest appearance of actor Dileep Raj, producer and director of Vidya Vinayaka. Known for its unique offering, Vidya Vinayaka will widen its entertainment component for the audience and feature Italy for about 2 weeks’ worth of episodes, displaying the progress in their relationship as a married couple. Would this trip change their relationship status and would this blossom into a friendship between the two is something that the viewers will have to wait for.

Commenting on the episode, Actor Dileep Raj, Producer, and Director said, “With Vidya Vinayaka being a relatively new fiction show, we are thrilled to be taking it overseas! We will always remember this as a turning-point for a lot of us at the Vidya Vinayaka team, as the first ones to take Kannada television to Europe, with a promise to Kannada audiences around the world that this is just the beginning.”

Watch Dileep Raj create magic with Vidya Vinayaka in Italy, every Monday to Friday at 8 pm, only on Zee Kannada.