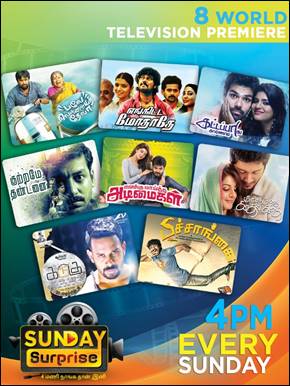 ‘Sunday Surprise – 4 Mani – Nanga Than Ini’ is bound to create excitement among Tamil movie-lovers around the world as Zee Tamil presents the perfect blend of genres to satisfy their entertainment needs.

Lighten your senses and enjoy the drama this Sunday, with the premiere of Bale Vellaiya Deva, a comedic drama directed by P. Solai Prakash. Starring the popular actor-director M. Sasikumar in the lead role, the story unfolds as he discovers that his love-interest played by new-comer Tanya, is the daughter of a murderer. The comical manner in which he manages to save his love from the shackles of her father, forms the crux of the story. The film also stars versatile actors such as Kovai Sarala and Sangili Murugan in prominant roles.

March begins on a high note with the premiere of comedy film – Enakku Vaaitha Adimagal, followed by popular films such as the romantic musical – Meendum Oru Kadhal Kathai, drama film – Kadugu and the dark comedy – Peechankai.

Speaking on the launch of the new segment, the channel spokesperson said, “At Zee Tamil, we believe in presenting viewers with best-in-class entertainment across genres and categories that our viewers can enjoy in the comfort of their homes with loved ones. With the launch of ‘Sunday Surprise – 4 Mani – Nanga Than Ini’, we are confident that the viewers will appreciate our initiative and position Zee Tamil as the one-stop destination for distinct entertainment”.

Tune in to Sunday Surprise- 4 Mani – Nanga Than Ini, every Sunday at 4:00 PM, starting 4th February and enjoy the wonders of Tamil Cinema, only on Zee Tamil and Zee  Tamil H. 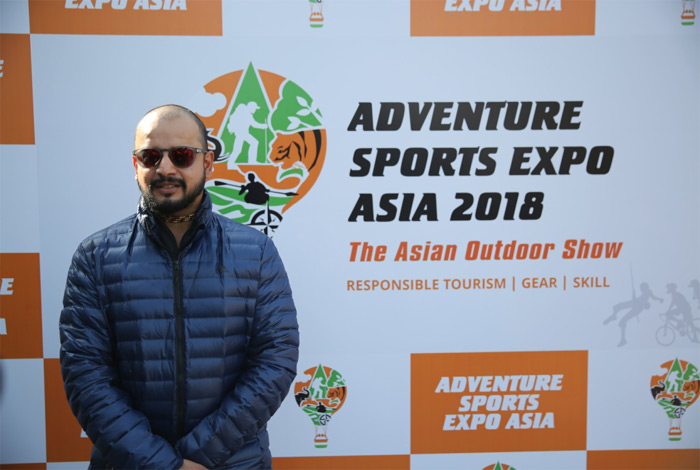