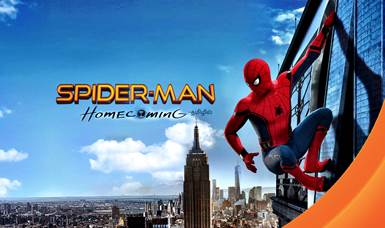 Zee Tamil is all set to make this Sunday exciting with the announcement of 2 blockbuster films – the super-hero action film Spiderman Homecoming (Tamil) and crime-thriller Kuttram 23 that will be telecasted exclusively on Zee Tamil and Zee Tamil HD.
Begin your Sunday with the Tamil-dubbed telecast of the superhit film – Spiderman Homecoming (Tamil) at 10:30 AM. In the film, Spiderman begins with the return of Peter Parker to his high school where he is kept under watch by his Aunt May and his new-found mentor Tony Stark aka Iron Man. The story follows his journey as Peter tries to fall back into his daily routine as a regular teenager and finds himself on a trail of a new menace prowling the skies of New York City.
The excitement continues with the World Television Premiere of popular action-thriller film Kuttram 23 at 3:30 PM. Directed by Arivazhagan Venkatachalam, ‘Kuttram 23’ is adapted from a book written by the crime novel specialist ‘Rajesh Kumar’. The story revolves around Veetrimaran IPS(Arun Vijay), a young and a dedicated cop in Chennai, who is assigned a case of a missing women which turns into a double murder case. The case becomes murkier as his family get involved and he is pushed against time to solve the case. The pack of enthusiastic actors who deliver sparkling performances is sure to entrall the audiences and keep you gripped onto the edge of your seats till the end.
Tune in to watch Spiderman Homecoming and Kuttram 23 on Sunday, 24th June at 10:30 and 3:30 PM, only on Zee Tamil and Zee Tamil HD.

Tags:
Previous Article
Truecaller Reintroduces ‘Who Viewed Your Profile’ for its Pro Subscribers
Next Article
&pictures to air the World Television Premiere of Mukkabaaz on 23rd June 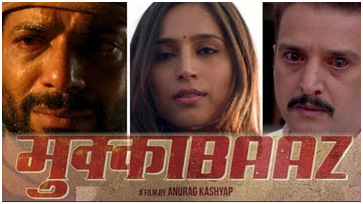