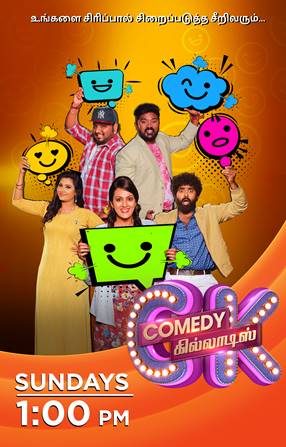 Known for its unique reality show formats, from Mr. & Mrs. Khiladies to Junior Superstars, Zee Tamil has announced the launch of its newest reality show – Comedy Khiladies. Featuring the best of comic talent from across Tamil Nadu, the show will serve as a platform for its contestants to entertain the audiences with their wit and humour. Hosted by Zee Tamil’s favourite anchors, Maheshwari and Kamal, the grand premiere of the show will go on air on Sunday, 4th February at 1:00 PM, only on Zee Tamil and Zee Tamil HD.

Based on a talent hunt that took place in five cities across Tamil Nadu including Coimbatore, Tirunelveli, Madurai, Trichy and Chennai, a total of 31 contestants have been carefully hand-picked by Zee Tamil. Week on week, these contestants go through a multitude of high-octane comic challenges such as solo acts and combination skits, and compete against each other to ultimately emerge as the first ever ‘Comedy Khiladi’ of Tamil Nadu.

The show will be hosted by the beautiful Maheshwari and the charming Kamal who are known to mesmerise the audiences with their stunning on-screen chemistry and vivid sense of humour. The highlight of the show is the versatile panel of judges that comprises of actor Danny, popularly known for his entertaining roles in Maragadha Nayanam and Itharku Aasai Pattai Balakumara, renowned television and film actress Deva Darshini known for her strong comic roles, popular stand-up comedian, anchor and YouTuber R J Vigneshkanth, TV and film actress and comedian Myna Nandini and actor Balasaravanan who is known for his notable performances in the film Ego, Thirudan Police and Darling. The judges will scrutinize the performances to arrive at the best entertainment for a show week-on-week that will leave the audience in splits.

Speaking on the launch of the show, a channel spokesperson said, “The Tamil audiences are known for their distinct entertainment tastes and appreciation for unique show formats that present an interesting take on talent, skill and entertainment. Through the launch of the first season of Comedy Khiladies, we aim to present our viewers with the gift of laughter that they can enjoy in the company of their loved ones. Our judges panel has the best of comedians that the Tamil film and television industry has seen and we are definitely looking forward to having them mentor our contestants into some of the best comedians that Tamil Nadu has ever seen.”

Don’t forget to tune-in to Comedy Khiladies starting 4th February 2018, every Sunday at 1:00 PM, only on Zee Tamil and Zee Tamil HD.

Tags:
Previous Article
Festival of Bharat to be hosted at one of India’s most prestigious events venues in New Delhi
Next Article
Dentsu Webchutney, Design Fabric execute #DreamsComeTrue Campaign for HDFC Life 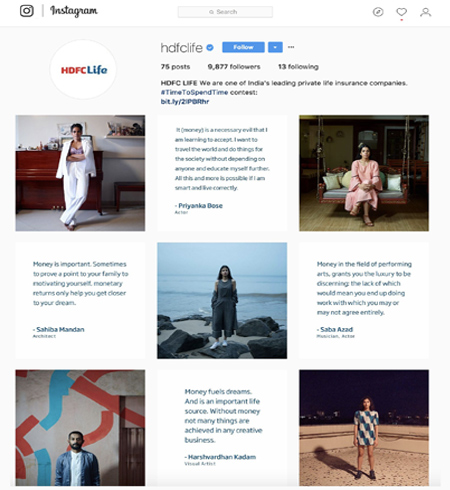