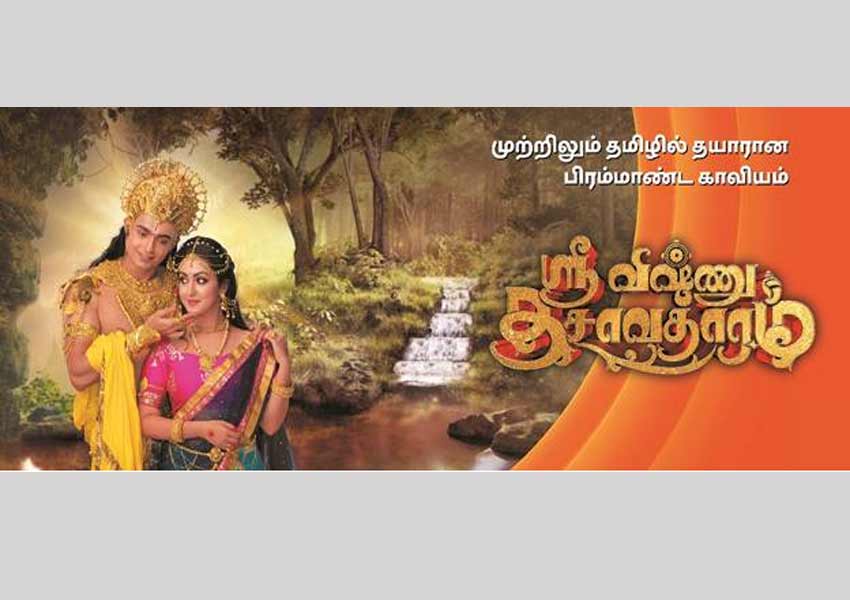 Director Dheeraj Kumar, and Creative Director Sanjay Guptha from Creative Eye Production House are producing the most-awaited, Shri Vishnu Dasavatharam, for Zee Kannada and Zee Tamil simultaneously. The phenomenal graphics are a treat for the eyes, notably with every action and love sequence. The legendary mythological serial is created in a manner for the viewers to be able to directly associate with all characters playing their fictional roles with the touch of human emotion. The audiences will also receive the opportunity to witness all avatars of Vishnu for the very first time in the history of small screen television.

The plot begins with Lord Vishnu, played by Amith Kashyap, going against all odds to save the life of Brahma when he was being attacked by horrific demons; resulting in Goddess Lakshmi, played by Nisha B.K., exhibiting gratitude to Lord Vishnu for saving her brother’s life. In return, Vishnu desires for Lakshmi to dwell in his heart and to become his Hrudaeshwari. The story goes on to establish the power of love by every God and Goddess coming together to unite Lord Vishnu and Goddess Lakshmi in holy matrimony.

Commenting on the launch, Siju Prabhakaran, South Cluster Head, Zee Entertainment Enterprises Pvt. Ltd.  said, “At Zee Tamil, we are focused on presenting our viewers with quality content that is larger-than-life and appeals to the diverse Tamil audiences across the world. Strongly rooted in culture and tradition of Tamil Nadu, Shri Vishnu Dasavatharam is the Magnum Opus of Zee Tamil that has been built of the foundation of exemplary talent in acting, story-telling and graphics and production that is sure to leave audiences spell-bound.”

Shri Vishnu Dasavatharam, the most-awaited launch in the South television market, is assured to woo the viewers providing them a whole new experience on Zee Tamil and Zee Tamil HD.

Percept announces ‘Sunburn for Goa’ – a Fundraiser for Goa